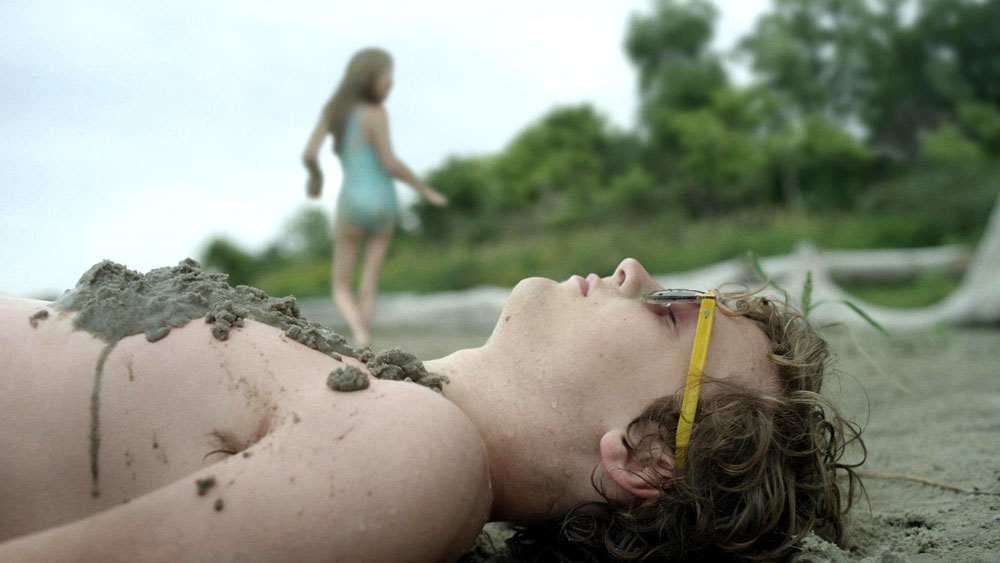 Here’s an all-too-familiar familial battleground, well-known from decades of low-budget indie drama. Distant relation comes to town from California; Nebraska family has dark secrets that intertwine, overlap, blossom, choke. Mood and brood precede its unveiling and the detonation of the reunion. In Matt Sobel’s capably visualized if inscrutably dramatized drama of familial transgression, “Take Me To The River,” details of confusion and even hallucination exceed the battle that erupts with accusations of pedophilia that divide generations of a family, each with their own particularities and preferences that mostly make no sense. The actors capably suggest depths that remain unexpressed by the too-stark writing, including Logan Miller, Robin Weigert, Josh Hamilton, Richard Schiff, Ursula Parker, Ashley Gerasimovich and Azura Skye. 84m. DCP widescreen. (Ray Pride)