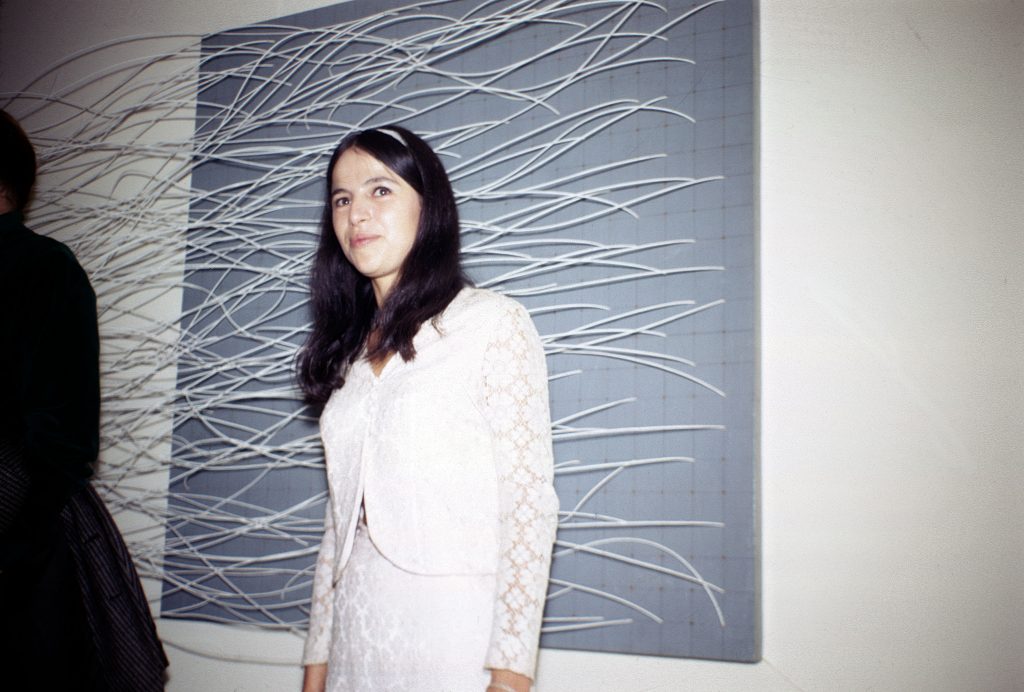 Marcie Begleiter’s moving, incisive documentary “Eva Hesse” chronicles the short life and decade-long career of the German-American sculptor and denizen of the 1960s art world with impressive command of both the scene Hesse found herself in, as well as the methods that led to what is described as artwork of great influence in the post-minimalist moment. (As well as her history of surviving the Holocaust via a kindertransport when she was two years old.) Begleiter’s film began as a play she wrote from letters exchanged with artist Sol Lewitt, but the film wades into the tactile character of the work more than words, observing her explorations of plastic, fiberglass and latex. The best summation of this pungent, driven figure is from critic J. Hoberman, “She shook up categories, produced ambitious works charged with pathos and wit—but like Vincent Van Gogh or Henri de Toulouse-Lautrec, or more to the point, fellow neurotic and alienated Jew Franz Kafka, her art cannot be separated from her biography.” There’s only one snippet of Hesse’s heady lilt, but Selma Blair reads from her reportedly extensive journals and letters. 105m. (Ray Pride)