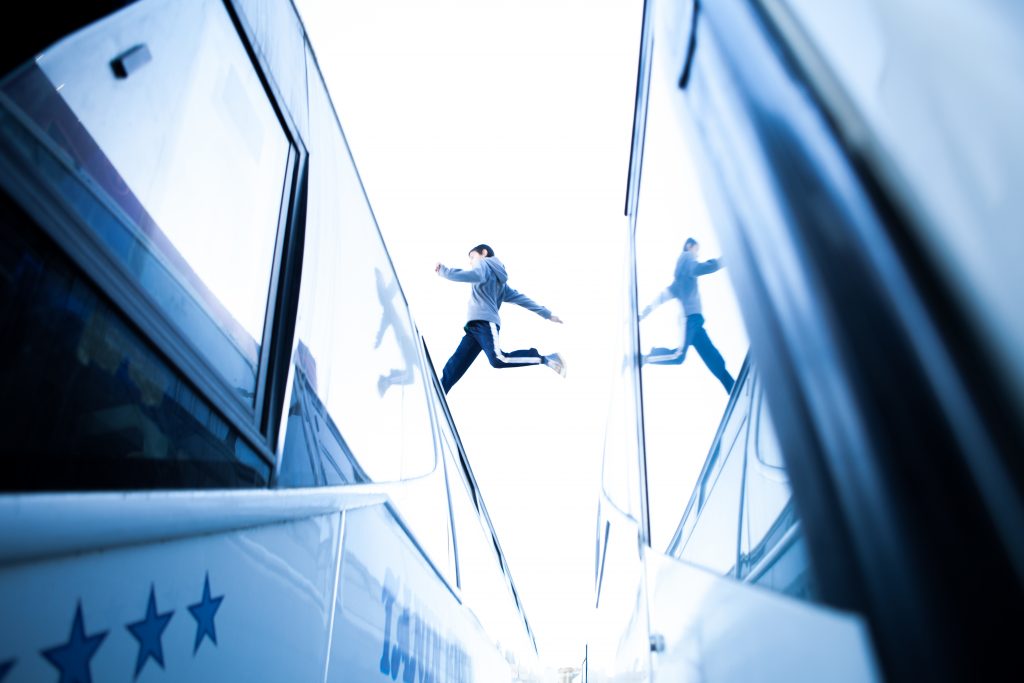 Palestinian director Hany Abu-Assad has been nominated twice for best foreign language Academy Award, for “Paradise Now” (2005) and “Omar” (2013), and his films are distributed around the world, esteemed for a dynamic, often subjective visual style, complex, empathetic characters and unexpected strokes of humor. He deals adeptly with the life of a would-be suicide bomber in “Paradise Now” or in “The Idol,”with the tale of a young boy who will do anything to venture from Gaza to “Arab Idol” and have his voice heard by the world.

Another virtue of Abu-Assad’s work is cultural specificity. Earlier this month, we talked about the state, not just of Palestine, but of art-house cinema worldwide. What makes a film from Palestine a valid investment for cultural arbiters, financiers and distributors in other countries? I ventured. As with earlier productions, “The Idol” is pieced together with splinters of cash from all over the place.

“I am struggling with this all of the time,” the fifty-four-year-old writer director, born in Nazareth, tells me energetically. “Our existence [as filmmakers] is indeed depending on the kindness of other countries. I realize that this is why we almost forget our own audience. With ‘The Idol,’ I really tried to take into consideration their perception of life and their perception of politics and perception of the language of cinema. So yes, I am very aware of that. And I think it’s dangerous. You end up making voyeuristic movies, if you don’t take into consideration your own audience.”

Abu-Assad shifts on the huge couch at the Music Box Lounge. “Really, my biggest, biggest nightmare? It is when the Palestinians will say to me, ‘This is not we,’ or ‘I do not believe in this.’ I feel like if you are a true artist, you should be truthful first to your own audience. But if you don’t know how to find the balance between your audience and outside audiences, you end up failing, because if you don’t satisfy also the wider audience in the world, you can’t get that money back. But it’s at the risk of losing your home audience. You will become a kind of stranger to your own self. So, yeah, this is the biggest challenge for me as a filmmaker, how to find the balance between my [home] audience and a universal audience.”

When does that come into the work process? I ask. Ideally, that’s the kind of worry you can submerge, that it wouldn’t interfere with however you structure your writing routine, however you work on the set. Do you bargain in your mind, is this too local? Is this not Palestinian enough?

“Not in my writing. In the editing,” he says. “The writing, you just think about dramatic structure and how you want to connect the scenes in a compelling way. The most important thing then is to create suspense successfully. To hold your attention. Because really, I want to keep the attention of not just the sophisticated audience. The sophisticated audience has the patience to look carefully, to the image, to the light and the acting. Normal audiences, they don’t have the patience, they want all the time suspense of the story. So yes, in the writing, you try to please the sophisticated audience and the wider audience. In the editing? You have this conflict between Palestinian and non-Palestinian. Let’s say, in the writing, you have the conflict between the sophisticated and non-sophisticated, if this is working for both. In editing, you start to feel like, this is not, this will not be believable for Palestinians. So what am I going to do? Change the editing? In editing, you can change content, make it more this or that. I ask myself, why in the editing room? In editing, you see the picture more, the language, how the actor is speaking. In writing, you don’t hear it yet, and you don’t see it yet. But when you see it and hear it, you go, ohhhhh, this is not Palestinian.”

This film is about hope, I say, it’s filled with music, it seems like a movie that should play well around any country in Middle East-North Africa that allows movies. People in Israel come from many other countries, they enjoy music. “It’s true! I hope!” he agrees, smiling, then pauses. “Still, we are fighting for distribution in Israel, y’know…I am so fed up. I am so fed up with distribution in the world. It’s so difficult because…it’s not just about politics, it’s really about fighting, fighting the public. The public is so difficult now to bring to cinemas. Not just ‘Idol,’ all of what I call ‘alternative cinema’ is struggling. And I’m fed up. Why should we fight so hard to bring the audience to watch a really good movie? I’m sure when they go out, they will feel like it’s worth it! I’m so sure, I’m so damned sure that most of the audience in the world, Israelis, Palestinian audience, American audience, will come after ‘Idol,’ and say [they liked it].”

He says he met people who saw “The Idol” by accident at the Toronto Film Festival. “They said, ‘This is not the movie we wanted to see, but amazing, amazing, please, what did you do before?’ I am fed up to hear this and see that there are better movies than ninety-nine percent of the crap that we see in the cinemas. I am sure that normal audiences that are enjoying the crap, would enjoy ‘The Idol’ better. I am sure! But I am so fed up to struggle to get them, and there is something missing. I have no idea what. But something is missing, when an audience will stay away from a movie that they would enjoy. And with Israelis, I am so fed up with struggling to get Israelis to watch the movie, when I am sure they will love it. But it is so difficult to get them to watch it. It’s Mission: Impossible. Somehow I am tired of it. I need to find new energy!”

“The Idol” opens Friday, June 10 at the Music Box. The American trailer is below.