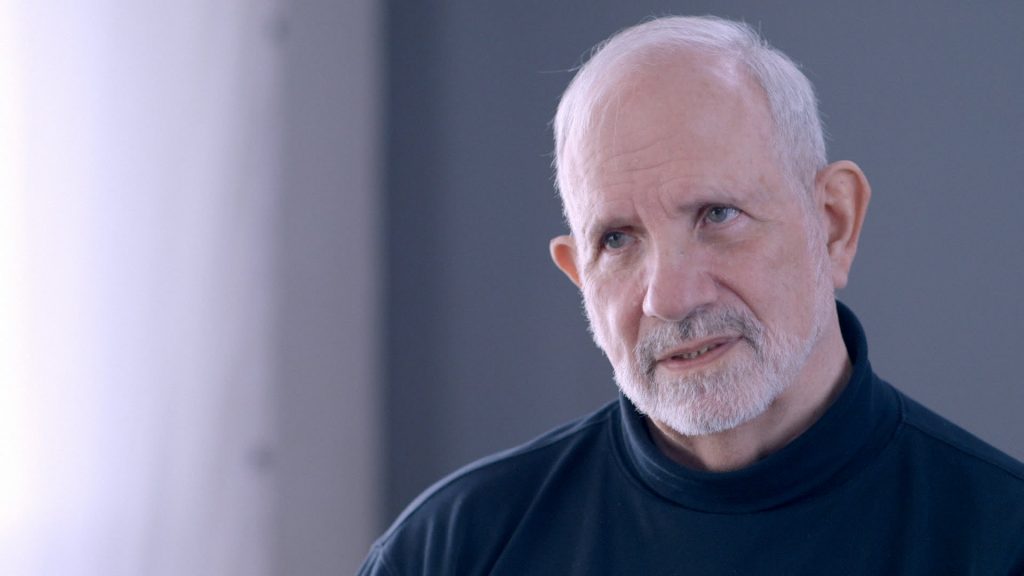 My second filmmaker interview for the college newspaper was with Brian De Palma and it was a catastrophe. A teaching moment, you would dub such scorch nowadays and leave the details to memory. Let’s say I poked, and let’s say he punched. That short, sharp punch-up didn’t make me any less fascinated with the precision of his dream-like narrative progressions, his obsession with the uneasy relationship of the watcher and the subject. “Being a director is being a watcher,” De Palma tells Noah Baumbach and Jake Paltrow, his acolytes behind the camera of the one-man show “De Palma.” “I think that Brian is, if not the main one, one of those few directors who you know automatically, this is what a movie feels and breathes and looks like,” Paltrow tells Filmmaker magazine, arriving at a tender morsel of critique absent from the film itself. The form of their documentary, shot across thirty hours several years ago, grew from conversations the three had had over lunches and dinners, and its pungent retellings project-by-project across the decades of De Palma’s career are the better for it. Some may be cynical about an extended conversation with a filmmaker often held in disrepute by sniffy cultural arbiters, with many thinking along the lines of Noah Cross, who, in “Chinatown,” observed that “Politicians, ugly buildings and whores all get respectable if they last long enough.” And if you’re the last auteurs holding to independent ideals of the film brat clique that included George Lucas, Steven Spielberg, Francis Ford Coppola and Paul Schrader? Baumbach and Paltrow are beyond that politique with their pal auteur, content to illustrate his vivid anecdotes with appropriate images and footage as De Palma unfurls an abundant filmography in chronological order. 108m. (Ray Pride)

“De Palma” opens Friday, June 17 at the Music Box. De Palma retrospective films include “Body Double,” “Phantom of the Paradise”: in 35mm, “Blow Out,” Scarface,” “Carrie,” “Dressed to Kill,” “Carlito’s Way”; and in 70mm, “The Untouchables.”

The trailer is below.