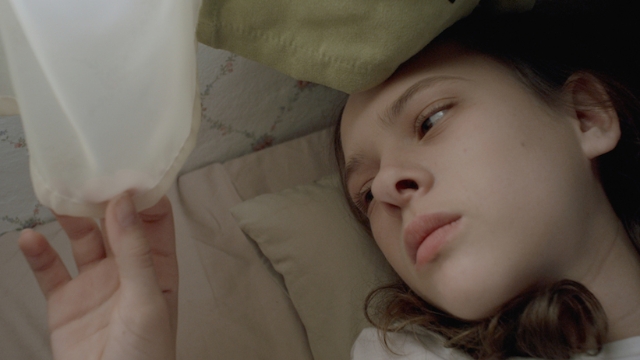 Tali Shalom-Ezer’s directorial debut, “Princess,” a feral fairytale of a girl at the brink of puberty, works from an easygoing accumulation of details more than shaped drama, which turns out to be a strength. Perhaps its best element is Shira Haas, the actress who plays twelve-year-old Adar, conveying confounding but stubborn emotions with ease. In an atmosphere that already simmers with the tactile and erotic, Adar meets Alan (Adar Zohar-Hanetz), a slightly older boy, homeless, who is almost her double. Adventures ensue in drowsy, warm weather, until boundaries are broached. (Shalom-Ezer has invoked Bergman as an influence on how the betrayal is shown.) A major part of the tantalizing, offhand mood of the movie is the cinematography by Radek Ladczuk (“The Babadook”). With Keren Mor, Ori Pfeffer, Adar Zohar-Hanetz. 92m. (Ray Pride)

“Princess” opens Friday, June 17 at Facets. The international trailer is below.