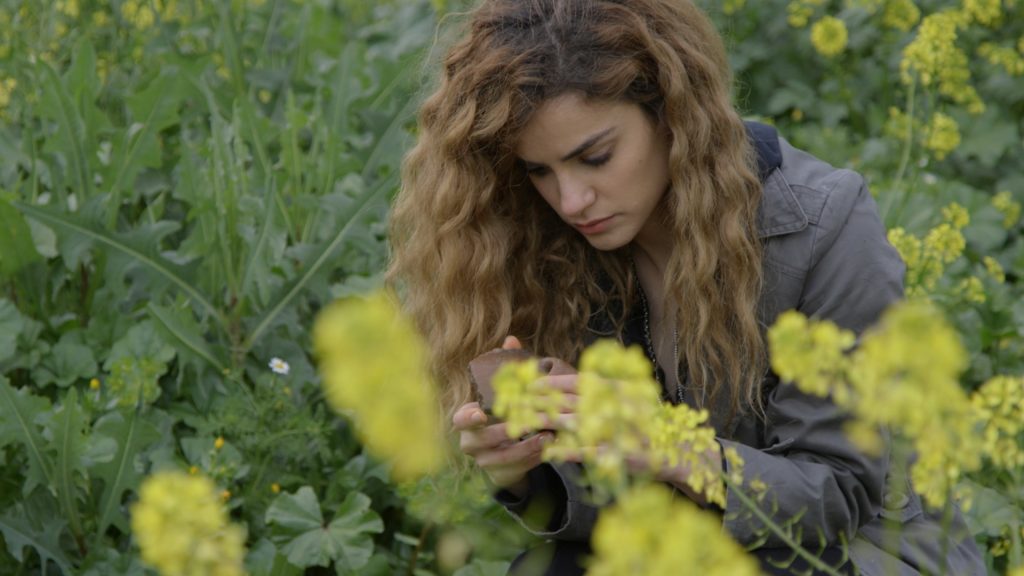 A two-way radio hisses and cracks during the opening of Sargon Saadi’s war documentary, “Silence After the Storm.” Two ISIS fighters discuss their next attack, in hopes of a suicide mission in the ancestral homeland of the Assyrian people, tracing their Christian faith back two millennia. The exchange ends as one fighter blesses the other on his hope to “go get killed.”

So begins Sargon’s record of the existential impact ISIS has had on Iraq and Syria’s Assyrian communities, and his quest for a future after ethnic cleansing. The twenty-five minute short, filmed in the spring of 2015 by the Columbia College film graduate, records the perceptions and dreams of an ancient community given few choices under siege. Convert to Islam, pay a heavy tax, leave their homes or be killed under the ISIS caliphate? Faces are given to an indigenous minority adrift in an increasingly hostile homeland: an artist crafting homemade supplies that can’t be gotten from a distant Damascus, an activist yearning for an autonomous state, and a sociocultural historian searching for answers from the fields of past genocides.

Sargon’s support from Chicago’s 80,000-strong Assyrian community runs deep, according to Juliana Taimoorazy, founder and president of Glenview’s Iraqi Christian Relief Council. “What he has done, no one has done from our community in an organized fashion,” says Juliana. “Sargon put this persecution on an international platform and shed light on our struggle.”

Footage was captured from eight weeks wandering among the badlands of the Iraq, Syria and Turkey borders where more than 125,000 Christians have fled their homes since 2014. Christians in Iraq and Syria, who are known as Assyrians, Chaldeans or Syriacs, make up a common ethnicity rooted to ancient Mesopotamia, which flourished between the Tigris and the Euphrates Rivers as far back as 2500 century B.C. They don’t lack in cultural artifacts: ruins of the Assyrian empire dot their homeland, as well as Christian manuscripts and monasteries dating as far back as 100 A.D.

At times only a half mile from ISIS encampments, and often embedded with Christian militia patrols in frontline villages, the young, Los Angeles-based filmmaker shares an Assyrian perspective on the conflict often absent from the larger media’s focus on ISIS. Sargon is on a journey through abandoned streets, graveyards and makeshift shipping-container homes of the displaced who made it out before “all hell broke loose.” Canon C100 Mark II in hand, he shot the film largely in the ancient Aramaic language, which Sargon spoke as a child growing up in northeastern Syria. His roots granted him an inherent trust from subjects and eliminated the clichés common to documentaries about other lands. But, he says, that was a double-edged sword. “The worst thing is that I’m very emotionally attached to this ethnic cleansing as personally my family is still in Syria,” Sargon says of a prime challenge he faced while filming. “When I met with people and they told me these horrific stories of what has happened to them it hits close to home.”

The inspiration came while working on a comedy shoot in Los Angeles. Footage popped up on social media of members of ISIS destroying lamassu, the enormous human-headed winged bull guardians who once stood guard at the entrance of Nineveh, the capital of the neo-Assyrian empire. Soon after, the ancient city of Nimrud, built in 900 B.C. by the Assyrian King Ashurnasirpal II and one of Iraq’s oldest historical Assyrian sites, was leveled with explosives. “Whenever you talk to someone about these artifacts being destroyed you see how their face changes,” Sargon says. “They start to cry or yell even, it’s horrific.”

An act similar to the Taliban’s destruction of the Buddhas of Bamiyan, Sargon took inspiration for the documentary from these attempts at erasing Assyrian history. “You kill Assyrians, blow up their houses, kick them out of their homes, murder and enslave them: that’s genocide,” he says. “But when you take our history and wipe it out, it is as if we have never existed. It was a destruction of our identity as a people.”

Genocide and ethnic cleansing is not a fresh narrative for Assyrians. Sargon artfully threads the current crisis back to Iraq’s Simele massacre of 1933 and the century old unrecognized 1915 Assyrian genocide, where an estimated 750,000 Assyrians perished in Turkey and modern day Iran during World War I as part of a larger genocide inspired by Turk nationalism that left nearly two million Armenians, Assyrians and Greeks dead. Since the U.S. invasion of Iraq, Christians have been attacked for their religious beliefs with only 500,000 Christians remain from as many as one-and-a-half million in 2003.

Savina Dawood, an Assyrian activist featured in the film, believes a denial of past genocides has led to the present persecution at the hands of ISIS militants. “Our people in the homeland are still being slaughtered for holding a different identity and belief,” Savina says. “The continuous denial and ignorance of the 1915 genocide led to a consistency in persecution of our people as no authority or power stood with us to support us.”

The making of the documentary has deepened Sargon’s relationship with his people’s persecution, weaving past to present. While hiking in the mountains near Tkhouma in southeastern Hakkari region of Turkey, Sargon remembers one last glimpse he had at the Mar Pethion monastery ruins while walking downhill. “I looked up at the monastery and I felt like I was one of those Assyrians who fled 100 years ago, looking back and taking their last glance at their church. It felt as if I shared that moment with them.”