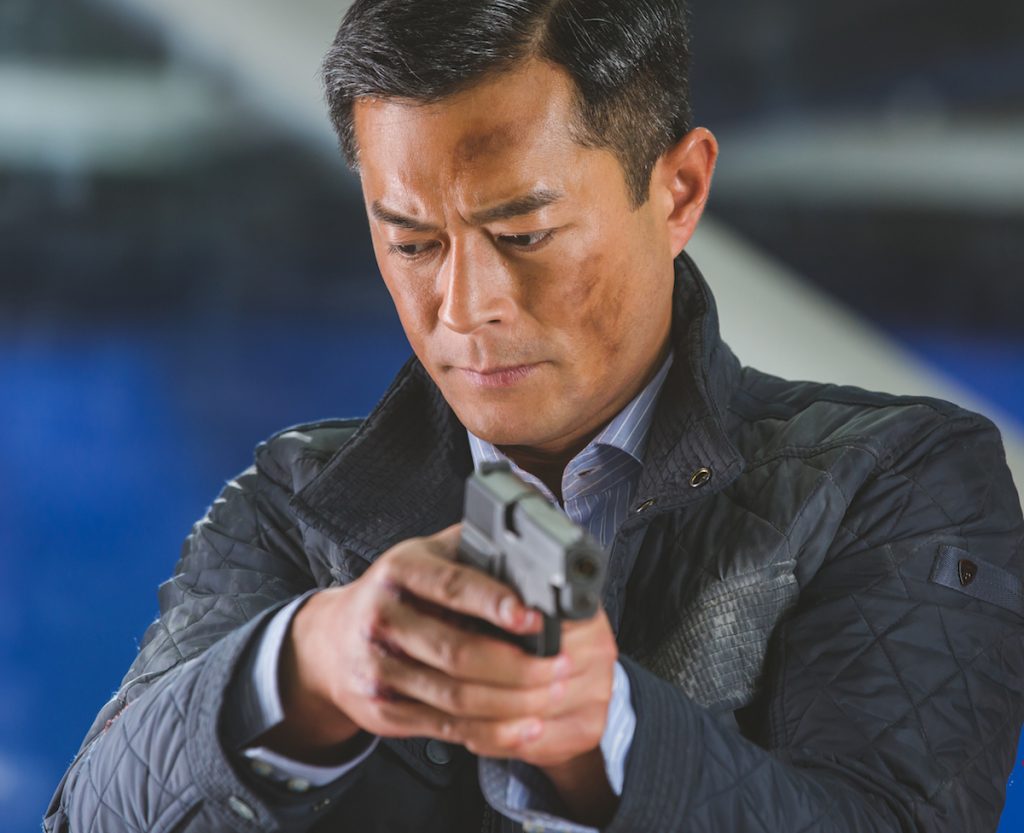 Like 2015’s “Office,” which is an intricately stylized musical filmed in a stunningly designed Hong Kong office set, Johnnie To’s “Three” (Saam Yan Hang) works fluent wonders in an even more claustrophobic space: a hospital where a violent criminal (Wallace Chung) with a bullet in his head plays mind games with a dishonest cop (Louis Koo) while resisting surgery from an overworked female brain surgeon (Zhao Wei). (Operating-room gore contrasts with the heightened violence to come.) Absurd comedy is layered throughout in the form of other ICU patients with different kinds of neural injury and senses of humor. The politics of China’s encroachment onto Hong Kong also factors in. While “Three” doesn’t reach the extravagant heights of To’s best work, such as “Election,” there’s a visual device in the climactic battle within the hospital’s cool and cleanly angular spaces that would be a disservice to describe. Suffice it to say, To mixes the best of digital innovation with tangible human figures in motion in a demolishing four-minute sustained take. With Suet Lam, Lo Hoi-Pang, Michael Tse. 87m. Widescreen. (Ray Pride)

“Three” opens Friday, June 24 at River East day-and-date with China and Hong Kong. The U. S. trailer is below.