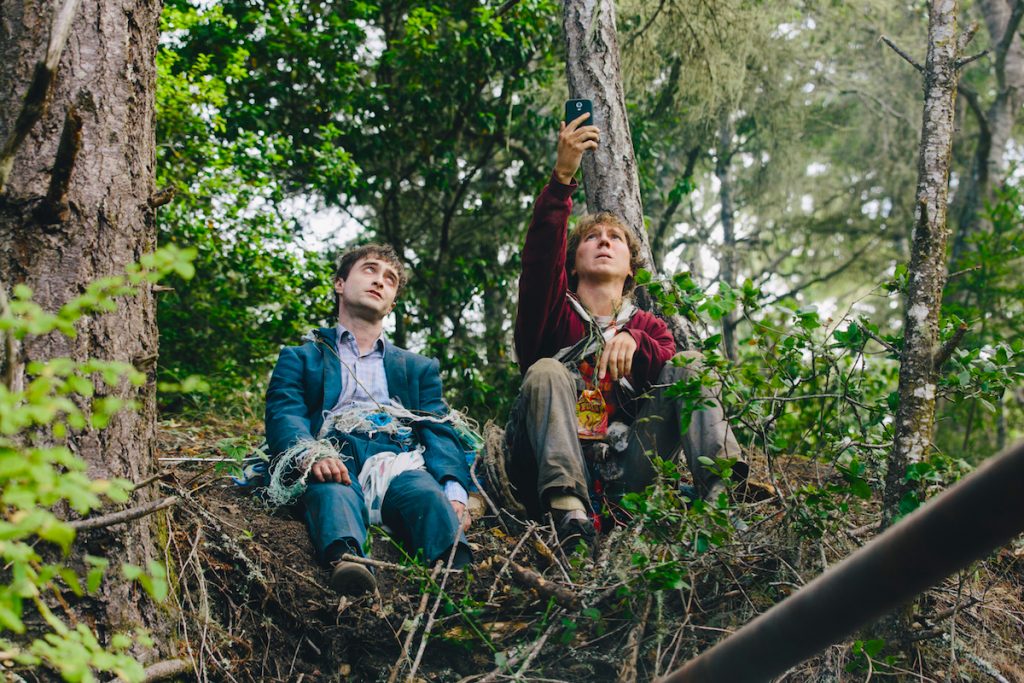 Near an empty beach, castaway Hank (Paul Dano) is preparing a noose to hang himself when a magical corpse (Daniel Radcliffe) washes up. Sundance-awarded for best direction, the necrophile picaresque “Swiss Army Man” is the studiously whimsical debut of writer-directors Dan Kwan and Daniel Scheinert. It could be called by many other names, not limited to “Harry Pooter” and “Swept Away By An Unusual Destiny On The Blue Seas Of July.” Imagine “Cast Away,” if it co-starred a multipurpose corpse instead of a volleyball, and was co-directed by students of Zach Braff and Michel Gondry, and was as impressed as any small child is with farts and poop. (A provisional version of the book “Everyone Poops” is illustrated with shit onto the pages of a bible.) References to “Jurassic Park,” “E. T.” and “Superman” don’t elevate the conceit of life after death after death to resonant cultural myth, or deliver on its incessant nattering about masculine insecurity, but the film’s final line, spoken by a secondary character, is rich: “What the fuck.” I’m sorry I missed the buzz rising as the credits rolled at its Sundance premiere inside the 1,250-seat Eccles auditorium. With Mary Elizabeth Winstead. 95m. (Ray Pride)