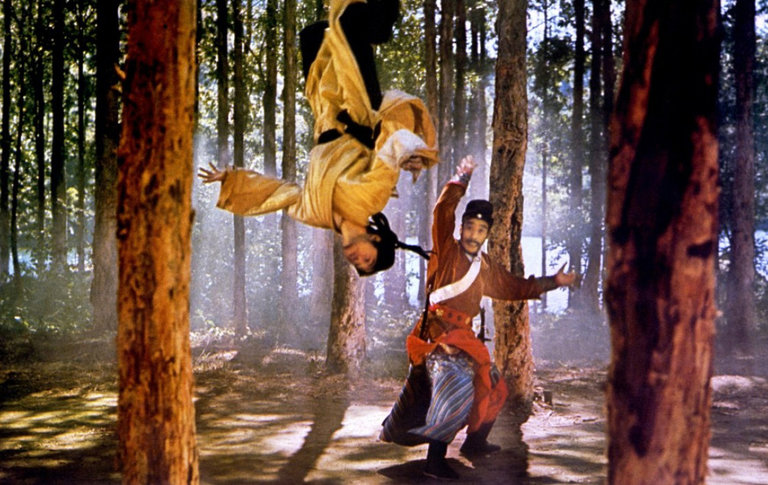 In the olden days of scarcity, a handful of movies were legend, their rare screenings on beaten, splice-studded 35mm prints spoken of reverently by a lucky few. One of those movies was “A Touch of Zen.” There’s poetry and power in Taiwan master King Hu’s kinetic, atmospheric three-hour, three-years-in-the-making Ming Dynasty wuxia epic, “A Touch Of Zen” (1971-75) in a new digital restoration. Plus: essential eyeball kicks. A shy young painter lives near a haunted fort in a small village, where a fugitive woman hides. Before the battles ensue, enter a band of Buddhist monks, vitally versed in myriad martial arts. Genre filmmaking elevated to high art, Hu’s style is to ground physical motion in plausible gesture while fashioning dynamic widescreen action that is sculpture in motion. And the story, bristling with tension, has everything you’d expect and more: a vigorous heroine, ghosts, balletic battles, political friction, the greenest of green bamboo and a mystical ending that satisfies without resolution. 180m. 2.35 widescreen. (Ray Pride)