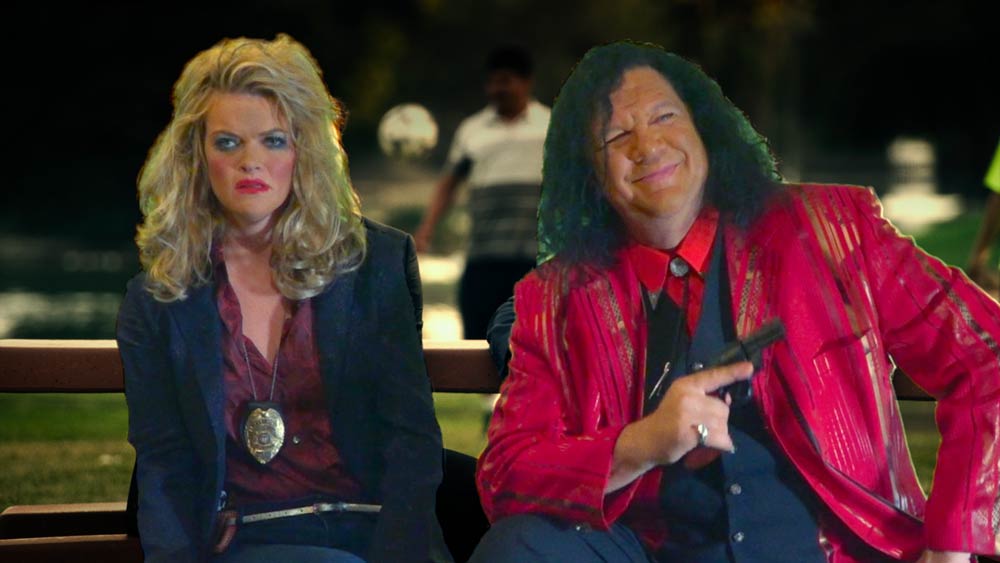 Adam Rifkin’s jackleg of a moviemaking career fascinates in contour. The Chicago-raised filmmaker wrote at least three studio efforts: “Mousehunt” (1997), Joe Dante’s “Small Soldiers” (1998) and 1999’s “Detroit Rock City,” which he also directed. But his heart may lie with other efforts, including the memorably twisted horror movie “The Dark Backward” (1991) and “Giuseppe Makes A Movie” (2014), his sweet documentary appreciation of prolific no-fi trailer-park filmmaker Giuseppe Andrews. His latest doesn’t sink to the level of Andrews’ scabrous work, but there’s not much to like about the slapdashery of “Director’s Cut,” a crowd-funded, failed comedy about the compromises of filmmaking and the unsavory screen presence of Penn Jillette as a stalker who kidnaps his favorite actress to star in his own home movie. It’s more itchy than funny. “Director’s Cut” is a spoof within a spoof within a spoof, with the crazed character talking over the onscreen commentary on the making of a crowd-funded horror movie along the lines of “Se7en,” or as Woody Allen once said in another context, “a mockery of a travesty of a sham.” “Director’s Cut” opened Slamdance 2015. With Missi Pyle, Teller, Rifkin, Harry Hamlin, Lin Shaye, Gilbert Gottfried. 82m. (Ray Pride)

“Director’s Cut” opens Friday, July 7 for a two-week run at Siskel. Rifkin and Jillette will appear at selected shows. A scene with Teller is below (strong language).