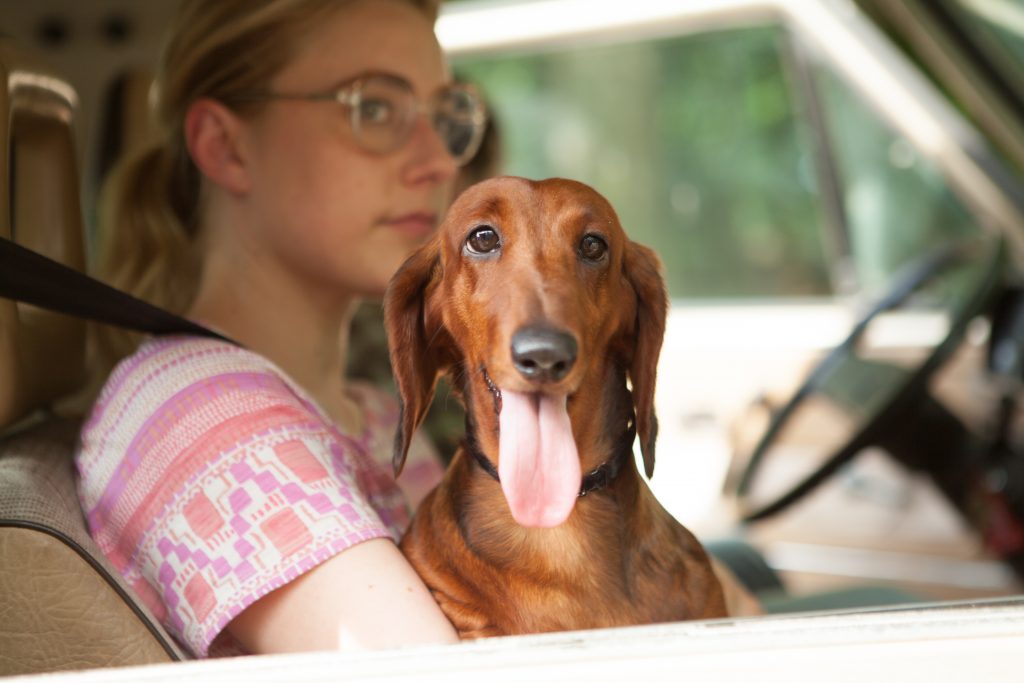 “Let me tell you my own wiener-dog story,” I tell Todd Solondz, the director of “Wiener-Dog.” “Oh please,” he says down the line.

I was twenty-two, and I’d been given the gift of a dachshund named Roland Barks, and both my then-wife and I worked, and we didn’t plan how much attention the sleek, sharp monster with the fierce eyes required. What did we know? We came home one night to discover Roland had deconstructed an entire vintage sleeper sofa. Stuffing and fabric and even springs and nail-studded staves of wood littered the apartment. We shipped him off to my father’s Kentucky farm, where he lived happily until his habit of chasing cars caught up with him and he was flattened by a truck.

“That’s a very sad story!” Solondz says in his brightly deadpan New Jersey accent. “There you go! You never know how these things land. I never had one myself. Certainly as an adult, I haven’t had a dog. I love dogs, but it’s too much responsibility. As a child, in our family, we went through a lot of dogs. Yeah, yeah. We weren’t the best children, weren’t the most responsible. But we did love them as long as they lasted.”

You make it sound like spontaneous combustion. “Well, you know children. They, they,” he says with his genial stammer, “you can’t rely on them for the well-being of a dog.”

“Wiener-Dog” wanders into four vignettes, superficially bleak but each hopeful, beginning with a couple (Tracy Letts, Julie Delpy) hoping to cheer their young son after cancer remission; a latter-day meeting of “Welcome to the Dollhouse”’s Dawn Wiener (now Greta Gerwig) and bully would-be boyfriend Brandon (now Kieran Culkin); a screenwriting professor, Dave Schmerz (Danny DeVito), aging gracelessly; and a horror of an elderly woman (Ellen Burstyn) whose sensibility is summed by naming the dog “Cancer.” “The dog’s not a protagonist. It’s really a conceit,” Solondz says. “The little boy is the protagonist, he’s the one who sets things in motion with his affection for the dog. At a certain point I didn’t feel like I had to keep explaining how it would get from one owner to the next. The audience would fill in the blanks anyway. For me, the movie’s ultimately about the owners, the stories of these characters and how mortality buffers and shadows all of them. Yeah, it’s a dog movie, and it’s not, either. It’s a funny thing the way pet owners have a relationship with their dog. Because we’re all so androcentric, it’s hard not to anthropomorphize. Dogs are vessels to be filled with the hopes or the yearnings or illusions of their owners. So often we project onto dogs innocence and purity such that—and of course if it’s one of these ultra-cute little pets like the dachshund—it hits us, it hits many of us harder than were it befalling one of our fellow humans.”

DeVito’s character’s name, Schmerz, means “pain” in German, but that vignette may be the most painlessly constructed. “It is ultimately about the quest for meaning and redemption, but it’s hard, as I am actually a teacher. I teach at NYU film school, the graduate film school. I love teaching, I love my students. I have some wonderful colleagues. Teaching there does afford me a certain insight into just how the school is managed with such corruption and incompetence. It is kind of a people empire here, NYU here in the Village.” He pauses. “Well, it’s not about film school, but it’s certainly not easy to avoid a certain satirical and philosophical thrust to all of this. People sometimes make assumptions, oh that must be me, because I teach, but I don’t think anyone would confuse DeVito’s character with me. I sympathize, or emphasize with him, I feel for his pain, so to speak. The way in which I probably most connect with him is that I think I am something of a dinosaur, relic, as far as the young people are concerned.”

Solondz’s eight features have roughly coincided with eras of ready finance for what was once called “indie” film, from the 1990s Sundance go-go years with “Welcome To The Dollhouse” to Amazon Studios’ money that’s present if only for this instant. I wondered if Solondz agrees that he’s coincided with moments where the industry is flush with cash? “Well, y’know, I think it’s always flush with cash for people whose movies make money!” he says. “It’s always been a struggle for every filmmaker who’s trying to make movies that aren’t designed solely as forces of entertainment and amusement. It shifts. The different challenges shift in terms of the particular obstacles that may have existed in the nineties, versus the aughts, or today. The major shift overall would be the advent of the internet and the echoes of that advent are still settling. But moviegoing is no longer so central an experience to young people as it once was. The idea of going to a movie theater! I teach at a film school and most of what they watch when they watch something, they experience through venues or platforms other than the movie theater. So that’s just the reality. Though I still think of my movies, because I have a kind of romance for the movie theater experiencer, I think in those terms, but I do know that ultimately those people will experience my work through an iPad or a laptop or something like that.”

The most astonishing performance is by Tracy Letts, the most affable man in conversation. His crisp delivery of my favorite speech in any movie this year ignites an entire life in one precisely performed extended take, telling the clumsy dog, “Heel! Heel! Heel! God-dammit! Heel! Motherfucker, heel. Heel, motherfucker! Heel, motherfucker!”

“That was something I actually had to improvise,” Solondz says, “and figure out right there on the set, because there were a lot of things I had to readjust because the dogs were so stupid. They couldn’t respond to any commands. So that scene I thought of that day to replace something I had scripted.”

The dogs gave Solondz a gift and he ran with it. “Look, you have to look at every assault that you’re confronted with during production, you have to somehow make those assaults work for you. You’re pushed into a corner and sometimes that’s where your best ideas come from. But it’s true. Tracy is really a great actor. I mean that, not that in a glib sense. He is a rock, a real actor. He is a pleasant person, but he really owns his presence there on screen. It’s so alive to the moment.”

Looking only at the text, you could see “Wiener-Dog” as just a sequence of absurdist playlets, but the film breathes through its actors, and the simple yet precise production design (Akin McKenzie), costume design (Amela Baksic) and cinematography by the great Ed Lachman (“Carol”). “I’m very happy with the movie. I am,” Solondz allows. “It’s always an ordeal, getting to where you want the movie to be and discovering where the movie wants to take you. For me, really, the big ordeal with the movie really was just dealing with the breed that I learned only during the production that its intelligence was bred out of them because of the marketplace, there’s inbreeding to keep it so cute. The price they pay is the loss of intelligence.”

“Wiener-Dog” opens Friday, July 15 at the Music Box. Ray Pride will moderate a conversation with Todd Solondz after the July 16 7pm show .