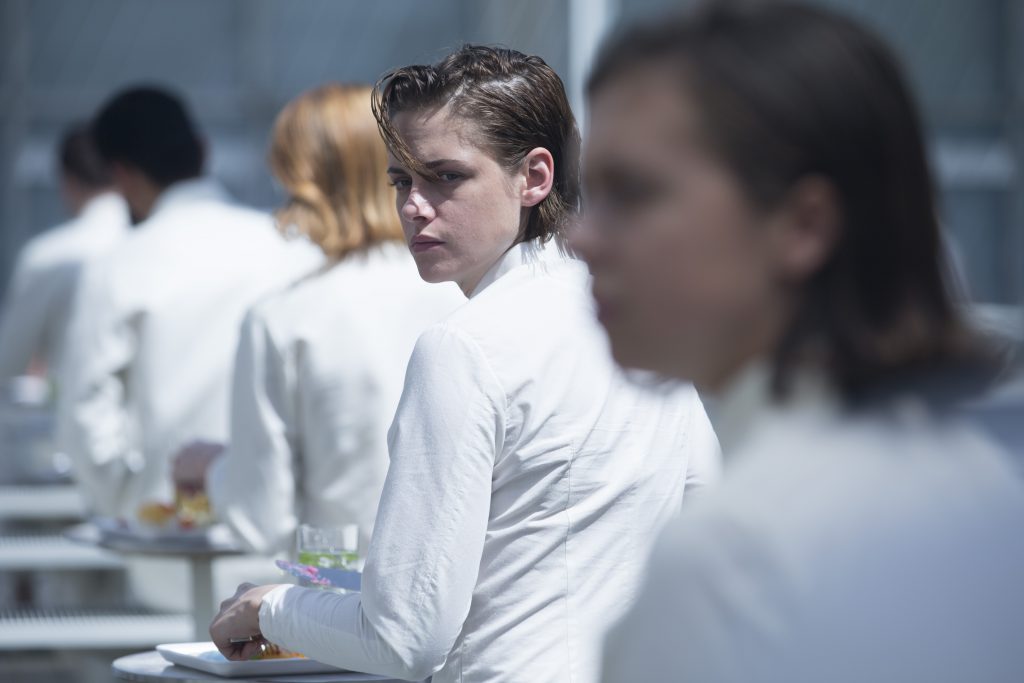 A modestly budgeted but pleasingly imagined science fiction romance, Drake Doremus’ “Equals” parallels the sterility of the world of George Lucas’ “THX 1138” and the sleek countenance of Andrew Niccol’s “Gattaca” while striving alongside the realm of latter-day young-adult fiction, pitting two attractive young lovers against “The Collective.” Kristen Stewart and Nicholas Hoult are the pretty pair in the emotionless futurist void, where emotion has been genetically scrubbed. Nia and Silas feel something, though, and their world suspects them of the worst: a case of “Switch On Syndrome,” or, “SOS.” “Like a little tornado going around,” one observes of their union. Feelings! Who knew! There’s a gentle air of earlier movies by Doremus, like the semi-improvised long-distance relationship romance “Like Crazy,” with Anton Yelchin and Felicity Jones, which elevates “Equals” from the schematic. (The script is by Nathan Parker, who wrote Duncan Jones’ “Moon.”) Doremus is finer at measuring moments than melodramatic arcs, and his blue-on-blue palette is surpassed only by Hoult’s eyes. With Guy Pearce, Jacki Weaver, Bel Powley, Scott Lawrence. 101m. (Ray Pride)