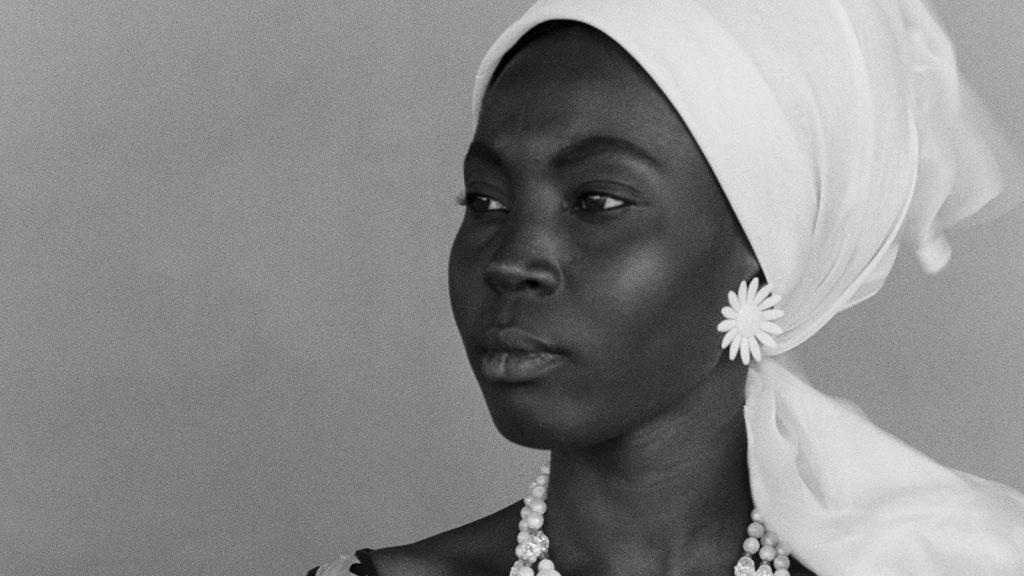 “In Africa, we have a lot of strong women,” Ousmane Sembène, the Senegalese filmmaker known as the father of African cinema, told me in 2004 at the time of his final feature, “Moolaadé.” “I think without them, we would have gone down the drain a long time ago. We have very, very strong women.” He bit down on his unlit pipe. “They are the people who hold society together.” Sembène’s breakthrough 1966 “Black Girl,” is being shown in a new, 4K digital restoration from the original camera and sound negatives by Janus Film, Criterion and The Film Foundation’s World Cinema Project. Mbissine Thérèse Diop plays Diouana, a young Senegalese woman working as a housemaid for “gens blancs” who she then accompanies to France. Is she happy? Not when she’s treated as a slave, chattel, an “other” figure of beauty. Historical importance aside, it’s startling how elementally lyrical, how starkly political, the watchful, heightened naturalism of this essential masterpiece is. The final shot, as Sembène’s credits appear over a just-revealed face, is beautiful and moving and haunting and a grand provocation. In 2004, I said to Sembène, “There’s the line from the poet, ‘Woman is the future of man—’” He continued, “From the poem by Louis Aragon, yes. In one of his poems, Aragon says, ‘Woman is half of the sky.’ I think that’s a beautiful sentence. But it also takes a lot of work, here, somewhere else, northern Europe. But I’m afraid that women in those other cultures also castrate men because they’re too powerful. In Africa, the challenge is to restore love to those women. People say a man can accomplish anything when he finds love in the gaze of his lover. I think that’s all kinds of love. How can we restore that love to women’s faces?” A rhetorical question? One that he answered in 1965 with “Black Girl.” 65m. Shown with Sembène’s 1963 short, “Borom Sarret” (20m), capturing the daily routine of a Dakar cart-driver. (Ray Pride)