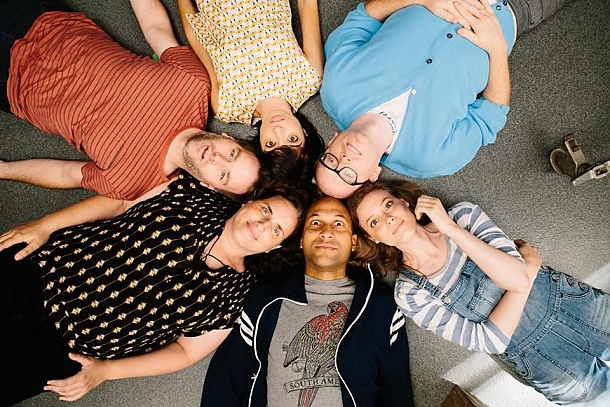 Funny people! New York City improv troupe The Commune has kept humming for eleven years when news comes that their theater will be closed, and scouts come looking for talent for a popular TV show. (Ready translation: Upright Citizen’s Brigade; “Saturday Night Live.”) In writer-director Mike Birbiglia’s SXSW-saluted “Don’t Think Twice,” six friends face a future that holds only the certainty that an era, a moment, a “commune” is about to pass. The chance of failure encroaches with sweetly queasy sincerity that also marked Birbiglia’s directorial debut, “Sleepwalk with Me,” as well as a wise and warm embrace of the failings of those who would create something out of little more than their own weedy imagination. “This American Life”’s Ira Glass again co-produces, and those fingerprints dance through the attention to process as well as moment. There’s a gentle whiff of Altman’s dexterity with ensemble, too. (Joe Anderson’s camera stalks the improv stage with acuity.) The score is a weakness: boy, do we get it already. With Keegan-Michael Key, Gillian Jacobs, Kate Micucci, Chris Gethard, Tami Sagher and a key cameo or two. 92m. (Ray Pride)