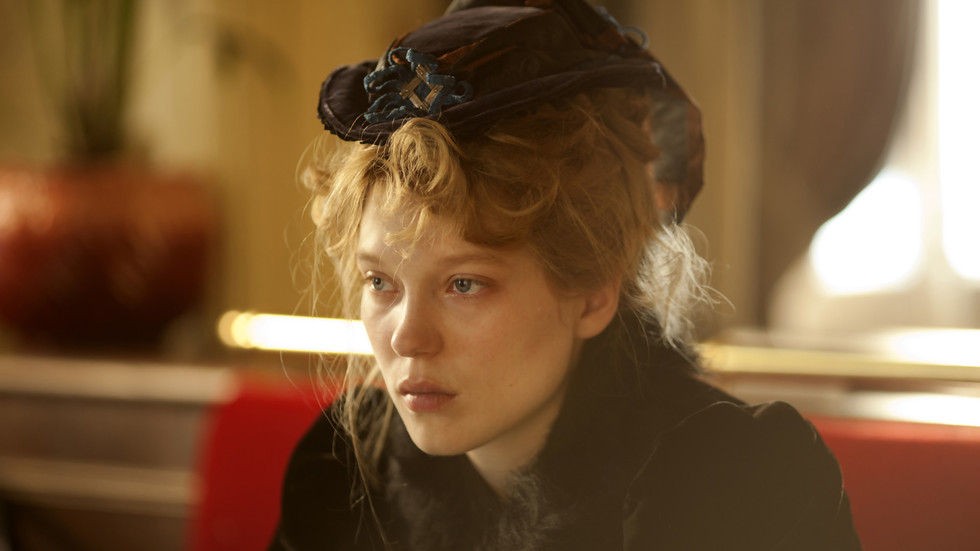 “I’m bursting with good conduct, madame,” Célestine (Léa Seydoux) says as she’s dispatched by an employment agent from the city to verdant Normandy for another posting, even as Madame fears Célestine is a little too rebellious.“Diary of a Chambermaid” is an adaptation of Octave Mirbeau’s 1900 novel which was previously adapted by Jean Renoir with Paulette Goddard and by Luis Buñuel with Jeanne Moreau. Now, sixty-nine-year-old co-writer-director Benoît Jacquot’s take on Célestine’s story fits in with his nearly fifty other features. She’s a headstrong young woman, educated in the ways of the world; a world of servitude, those tied by boundaries and those responsible for it. A world where there are just as many philanderers as victims and survivors. Open-faced, gap-toothed Seydoux (“Blue is the Warmest Color”), like Virginie Ledoyen in 1995’s “A Single Girl,” responds to the camera’s attention with a spark and intimacy that feels both turn-of-the-twentieth-century and of our moment. “We only see Célestine, or what she sees or could see (but perhaps doesn’t), with a view to making a film in which the central character exposes her deeds, gestures and words with such emotive and sensual proximity,” Jacquot has said. “It provides a window into her inner world, the world of a woman who has only her body to free herself from the servile fate that society has inflicted upon her.“ There are implausibilities—she has no chemistry with Vincent Lindon’s dark-hearted gardener she enlists in her palais intrigues (“You have bad thoughts about me”)—but Seydoux’s pitiless bearing is striking in the most demeaning of circumstances. With Clotilde Mollet, Hervé Pierre, Mélodie Valemberg, Patrick d’Assumçao, Vincent Lacoste, Joséphine Derenne, Dominique Reymond. 96m. DCP widescreen. (Ray Pride)

“Diary of a Chambermaid” opens Friday, August 5 at Siskel.