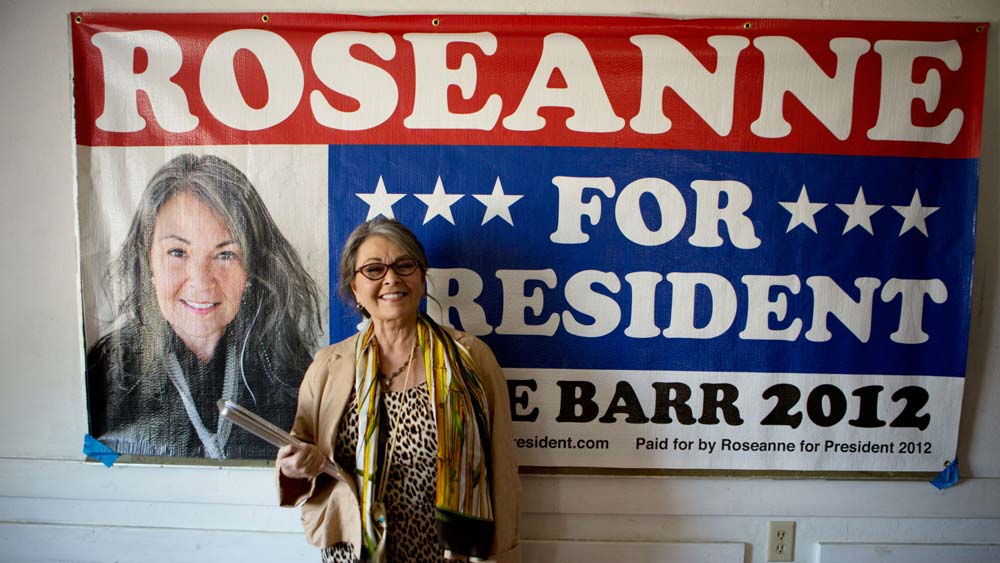 “Roseanne for President!” directed by Eric Weinrib, who’s worked with Michael Moore, showcases curmudgeonly comic Roseanne Fucking Barr’s earnest and erratic, activist 2012 campaign for president of the fucking United States. (Or at least that’s how she’d fucking put it.) The mental mayhem that made and mismanaged the inspired working-class narratives of “Roseanne” grows more didactic in each passing pronunciamento in her run for the Green Party’s nomination. But Barr is bold, funny, brash, never less than fully self-assured, and, well, fucking profane. Whatever reservations I have about the ragtag sound-and-fury on show here, I would dearly love to see a cage match between Barr and the latest rash, foolhardy blowhard to approach the office. Donald Trump is the slapstick candidate; Barr, as always, at least gives a shit about what she says. With Moore, Tom Smothers, Sandra Bernhard, Rosie O’Donnell, Cynthia McKinney, Cindy Sheehan and the haughty figure who took the Green Party nomination, Dr. Jill Stein. 96m. (Ray Pride)