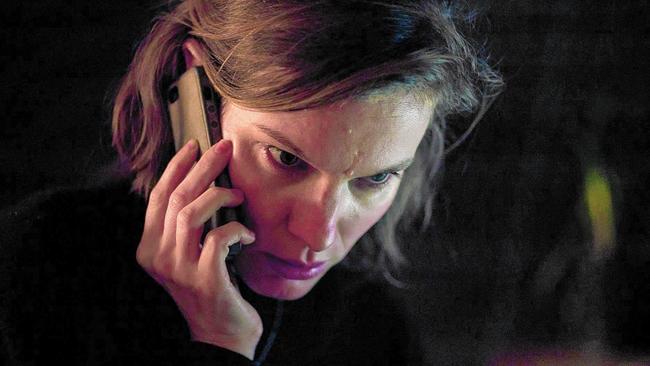 The horror, it’s always inside, isn’t it? In memory or imagination, in the basement or “I’m in your house,” as Robert Blake says in “Lost Highway.” Or in the body, the body horror of Cronenberg and other directors attuned to and fixated upon the depredation and ravages of fragile, mortal flesh. David Robert Mitchell’s great Detroit-set “It Follows” combined ghosts, STDs and the ruin-porn environs of a fallen American city to great affect (as, in a different fashion, “Don’t Breathe” does later this month). The jagged quirk of Harrison Atkins’ blissfully strange debut allegory, “Lace Crater,” dives inside a house in the Hamptons and inside a drug trip and then a mind observing its body disintegrate in “Lace Crater,” a ghost story-cum-STD chiller of sweet invention. What if, one weekend, you got really high and fucked a ghost?

Lindsay Burdge (“A Teacher,” “The Invitation,” “Digging For Fire”) brings her tensile awareness, with an extra, fragile pinch of comedic consciousness, to the lead role as a Brooklynite with ill luck in one-night stands. Atkins’ modest means bely ambitious notions about the haunted self, drawing not only from the lo-fi snapshots of early comedies by Bujalski and Swanberg but, yes, even the psychological horror of Polanski. With Peter Vack as the phantom, Jennifer Kim, Keith Poulson, Chase Williamson and co-producer Joe Swanberg as “Dean.” 83m. (Ray Pride)