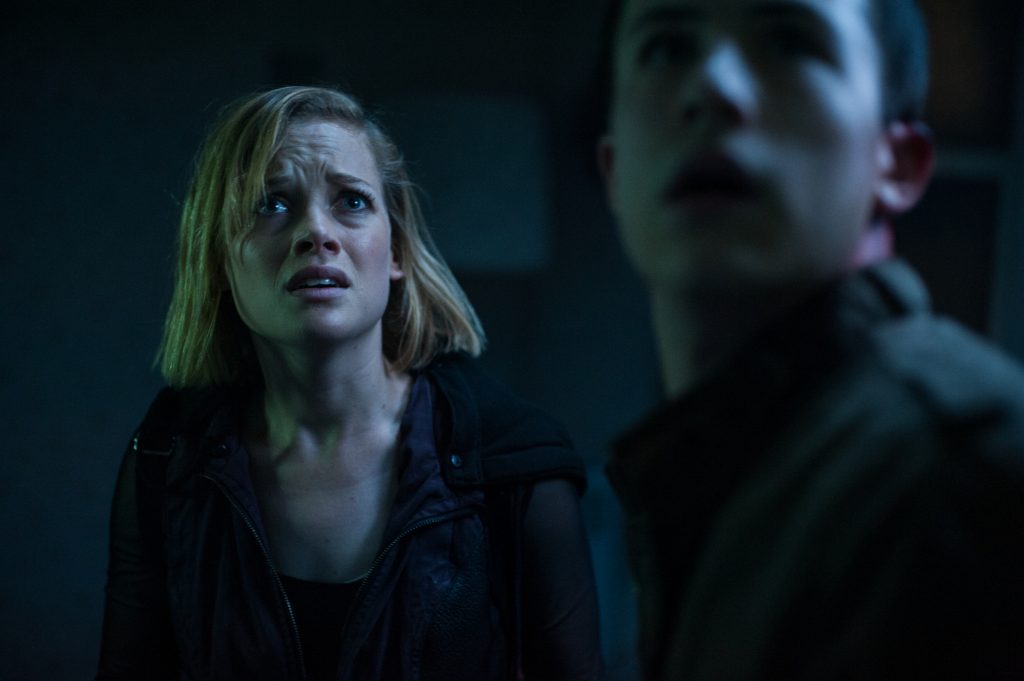 The stylish, severe “Don’t Breathe” is one of the most cruel and clever, yet electrifying, horror-thriller movies in an age of, “going there” versus “going there.” With this film, getting there breathlessly is completed over the course of a slim but generous eighty-eight minutes. “Don’t Breathe” follows three Detroit thieves, Rocky (Jane Levy), Alex (Dylan Minnette) and Money (Daniel Zovatto), whose imaginative burglaries of the homes of rich people lead them to the home of a blind veteran (Stephen Lang). (Their scams are clever, but the hope to get out of town gets the best of them.) When David Fincher made the confined-space “Panic Room” in 2002, he first incorporated “pre-viz” into his increasingly digital work, pre-visualizing each and every camera move before building even an inch of the set representing a 94th Street Manhattan brownstone. The work is sleek and sinuous. For his second feature, Uruguayan-born writer-director Fede Alvarez (“Evil Dead,” 2013) finds new sensations in the geometric potential of the confined space of “Don’t Breathe,” largely set within a simple house on a disused side street of modern Detroit (but shot on soundstages in Budapest). The setting and Alvarez’s variation of color and darkness parallel David Robert Mitchell’s Detroit-steeped “It Follows” (2014), but all they truly share is vigor and vision. I’m more partial to the atmospherics of “It Follows,” but “Don’t Breathe” doesn’t miss a trick, down to representing the advantage a blind man would have over the sighted in a dark house on a dark street in the middle of the night. While Lang veers from vulnerable to grizzled Golem, the star is Levy, whose levels of surprise and terror pound the pulse at regular intervals. “Don’t Breathe” has a particularly unpleasant plot turn, a secret within a savage secret that almost becomes another secret that Levy (and her character) rise above. Bright details in décor abound, not limited to what objects can become weapons at the proper moment. An alarm company called “Liminal Security” is one that amuses, “liminal” essentially meaning “standing on a threshold.” “Don’t Breathe” is Alvarez’s second feature co-produced by Detroit’s own Sam Raimi. 88m. (Ray Pride)