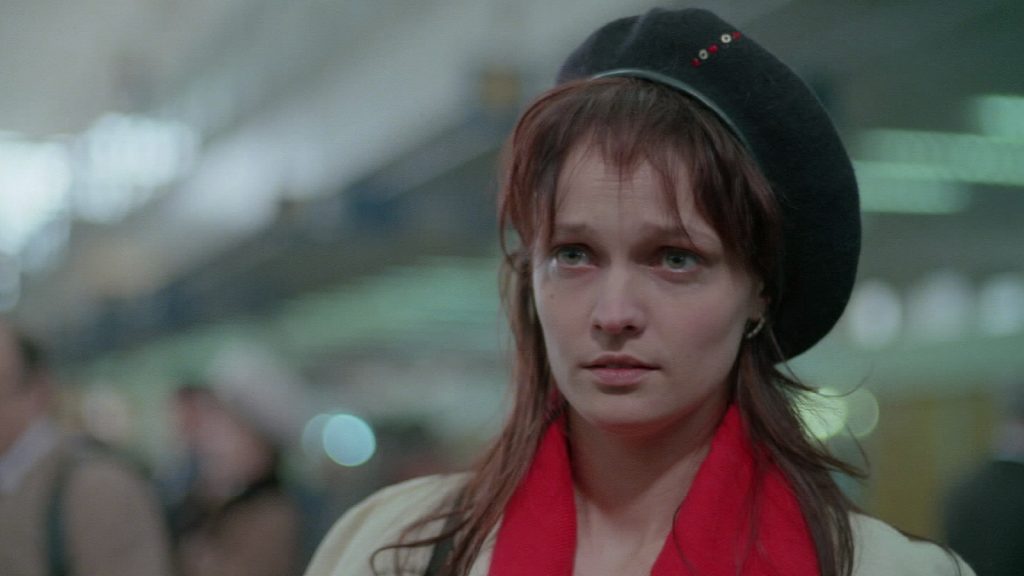 Krzysztof Kieslowski’s glorious masterpiece, “Dekalog,” could be the best films ever made.

Made for Polish television for 1989 broadcast, the ten short films are loosely based on the Ten Commandments, loosely enough that the forty-seven-year-old filmmaker resisted identifying which installment was based on which commandment. (Two feature-length expansions, “A Short Film About Killing” and “A Short Film About Love,” are also playing.) “Dekalog” unfolds in a common setting, a large Warsaw housing project. Kieslowski, often a slippery or perverse interview subject, insisted that “Dekalog” was not a religious film. “I simply wanted to show that life is complicated. Nothing more.” In their simplest form, each of the ten episodes are about the diversity of failure that humans suffer as they try to give and receive love, rooted in the reality of the Poland of 1989. There’s a grave, serene beauty to each installment. They all exhibit the same dry deadpan as “Three Colors: White” (1994), a biting Polish wit. The key to the tenderness of Kieslowski’s film is how he reveals, suggests, nudges interior states to the surface through concrete gestures that resist interpretation.

Introducing the published screenplay in 1991, Stanley Kubrick, in the only blurb he ever provided, wrote, “I am always reluctant to single out some particular feature of the work of a major filmmaker because it tends inevitably to simplify and reduce the work. But in this book of screenplays by Krzysztof Kieslowski and his co-author, Krzysztof Piesiewicz, it should not be out of place to observe that they have the very rare ability to dramatize their ideas rather than just talking about them. By making their points through the dramatic action of the story they gain the added power of allowing the audience to discover what’s really going on rather than being told. They do this with such dazzling skill, you never see the ideas coming and don’t realize until much later how profoundly they have reached your heart.” 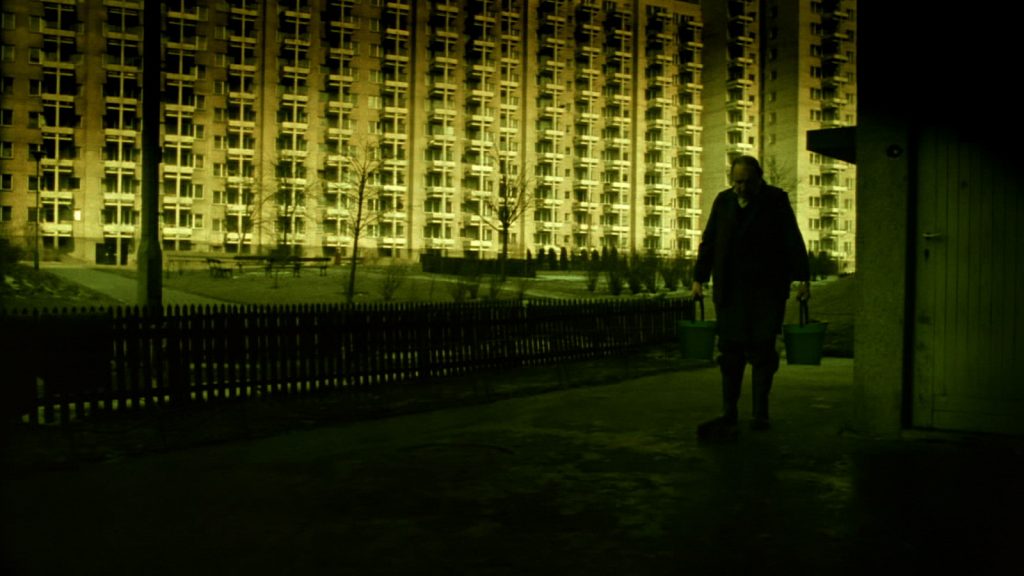 While Kieslowski’s public statement on his “retirement,” after “Red” appeared at 1994’s Cannes Film Festival, was that he wanted time to think and smoke after twenty-eight straight years of work, he actually was sidelined by heart trouble. A little over twenty years after his death in his beloved Poland, Janus Films is releasing restored 4K digital transfers before the imminent Criterion Blu-ray edition. (Kieslowski would have been seventy-four this year.)

In “Dekalog: One,” a college professor’s young son has become fascinated with computers, trusting their calculations to help him understand the world around him. He’s a gorgeous, saucer-eyed brain-in-the-making, with more layers to him. Discovering a dead dog moves him to ask why people have to die at all.

“What is death?” the saucer-eyed boy asks. “The heart stops pumping blood,” his father answers. Father and son use the computer to make calculations on whether it will be safe for the son to ice skate the next day; yes, the computer says. Later, the father hears that several children have drowned in the lake, and he races to make sure his son was not one of them. Kieslowski’s direction, from performances to camera placement, from gestures to pacing, approaches perfection. He’s the first director who built on Bresson’s use of the concrete and tactile, of simple gestures, to suggest spiritual conditions. In the first film alone, soured milk clouds a mug of coffee, children’s boots race over an ice-clad sidewalk, a housing project stands mute, filled with potential stories, against white snow and gray sky. A son kissing his father’s bald spot with his ballpoint-lined face. Candle wax streams across an icon of the black Madonna. Tears. Not tears. 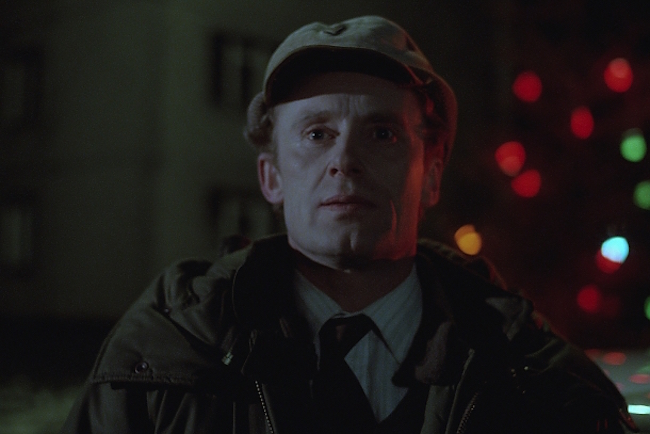 Thrilling, specific images from other segments: A murder victim’s foot fights free of a shoe, then its sock. A hangman arrives at work, hangs his jacket, puts a chair right, shoots his cuffs, oils the noose’s winch. A box of wooden matches blaze from a cigarette’s coal. A bee emerges along a spoon from thick lingonberry juice and flies. A drunk, naked, getting hosed down on Christmas Eve in the drunk tank, a Christmas tree beside him, moaning, “Where is my home?” A contortionist bends himself in the episodes; the same damn dog howls late at night through all.

In the end, we are left with tenderness, ambiguity and a sense of the possibility of still being able to ask moral questions in everyday life. “I know it’s unfashionable these days,” Kieslowski said, “but I do believe in humanity. I believe in right and wrong, although it is difficult to talk about black and white in the times in which we live. But I think one is definitely better than the other and I do believe that people want to choose right—it is just that sometimes they are unable to do so.”

The first two times I saw “Dekalog” were on screen, including a 35mm press screening back at the end of the twentieth century, with only an afternoon lunch break. It was “binging” before the term, before the practice, and was wholly indulgent and completely narcotic. Joe Dante recently rued that “Movies are a twentieth-century art form, and the twentieth century is over.” But a new generation of viewers can feast on “Dekalog,” a twentieth-century television series that is twenty-first century binge bliss.