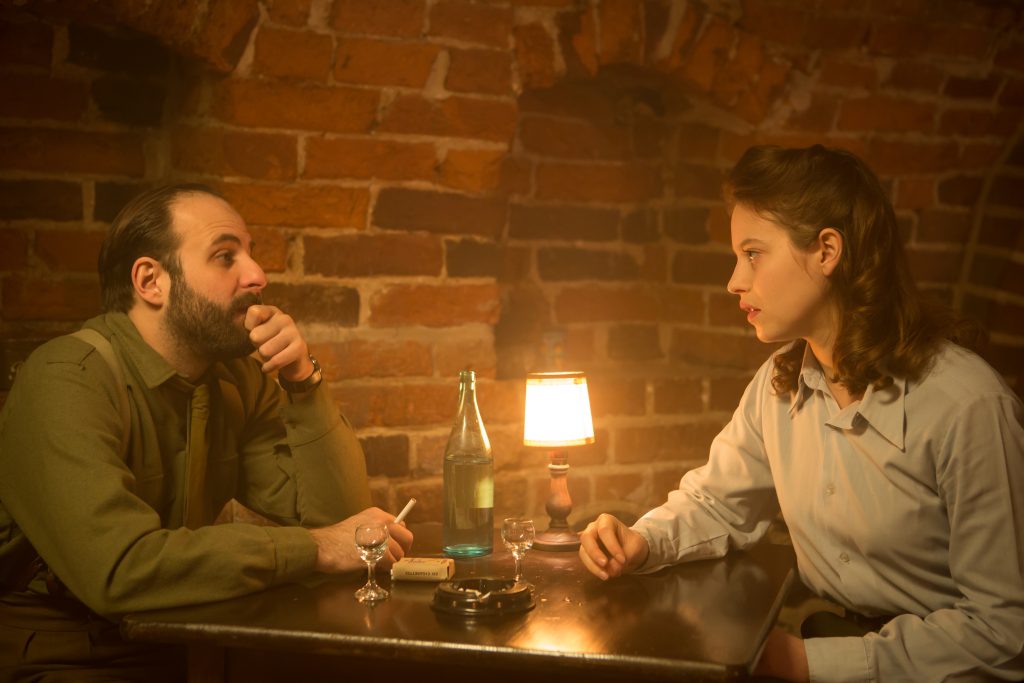 World War II is over. (But has it ever, truly, been over?) In the fact-based “The Innocents,” a young French Red Cross doctor, Mathilde (Lou de Laâge), who is tending to French survivors of the German camps, is called to save a dying woman at a Polish convent. Soon we are deep in the quiet, picturesque forest. Even the light is restrained in this painterly place. Mathilde discovers that Russian soldiers have raped the sisters of the convent, and most are pregnant. In “The Innocents,” the touch of director Anne Fontaine (“Coco Before Chanel”) is gentle, mostly removed from melodrama, capturing moments as they unfold and lace between the characters, hopeful and devoted even in suffering. “Behind all joy lies the cross,” a sister says, and in all the complexities of suffering, with questions asked, answers are not provided. The world is transformed by being in it, by being alive to it, Fontaine demonstrates. The memorably unpleasant reverend mother is played by Agata Kulesza, who embodies the Stalinist aunt in “Ida” with incendiary force. 115m. (Ray Pride)