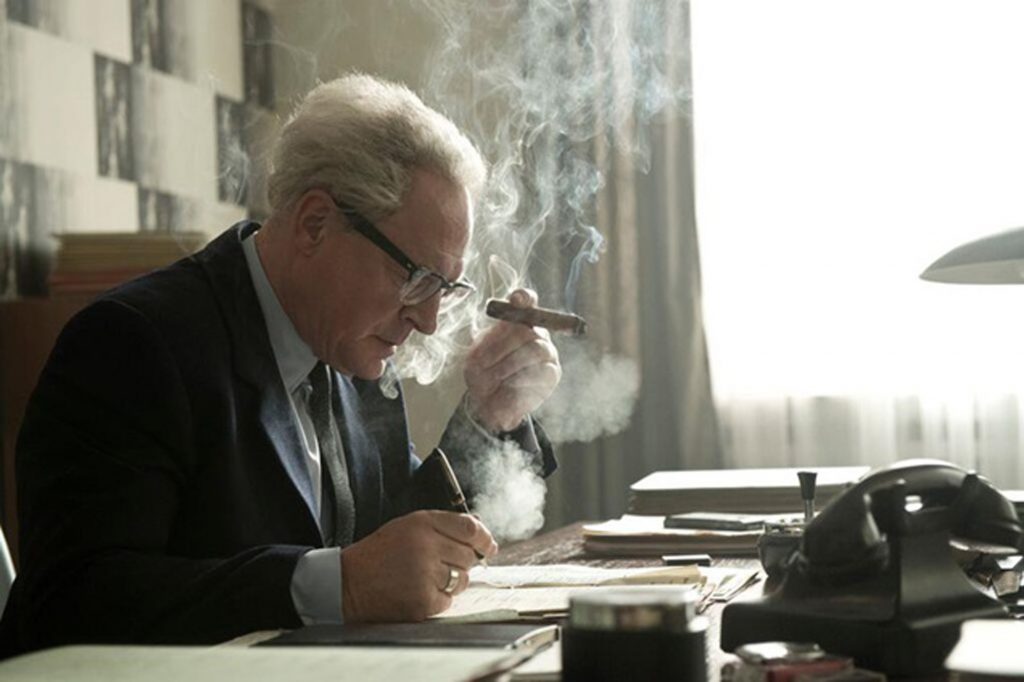 The low-key but absorbing thriller “The People vs. Fritz Bauer” (Der Staat Gegen Fritz Bauer) is set in a relatively little-dramatized era of German history, 1957, when Attorney General Fritz Bauer (Burghart Klaussner) learns that Adolf Eichmann, the architect of the mass deportation of the Jews, may be hiding in Buenos Aires. The little-known Nazi hunter Bauer’s anxiety about successfully bringing cases against the figures of the Third Reich leads him to an inappropriate ally—Israel’s Mossad, an act which leads to charges of treason. Bauer seems alone in his search for justice in post-World War II Germany. Lars Kraume scales his film small, with the result that the swirl of issues, historical and moral, stay rooted, and the stakes clear, within the hopeful battles of a single man. Klaussner suggests tenacity and determination in every gesture, as layer and layer of detail is patiently revealed. Winner of six German Film Awards, including best film, best director, best supporting actor and best screenplay. 105m. 2.35 widescreen. (Ray Pride)