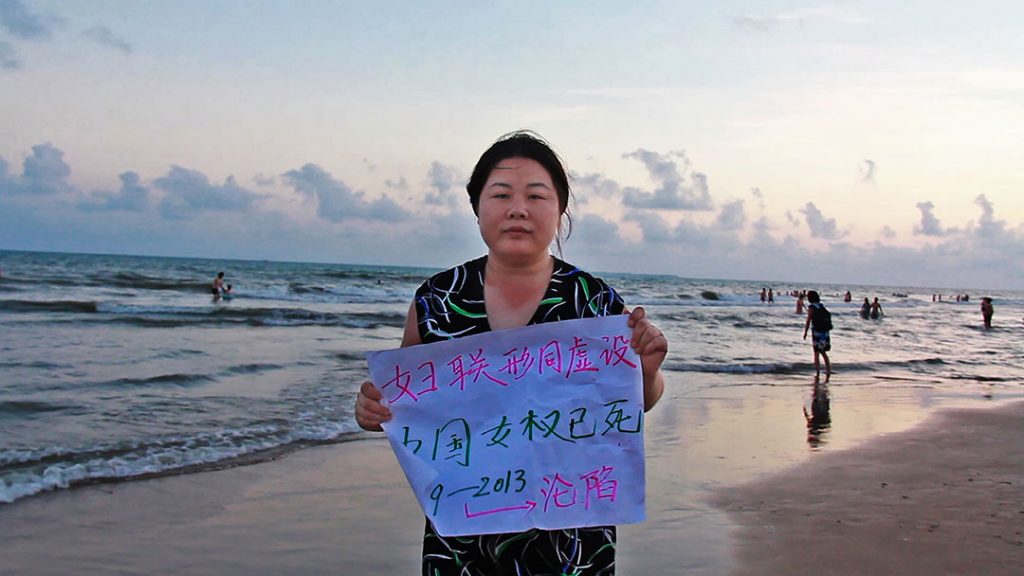 “They can’t stop me, not by arresting me, not by killing me.” Nanfu Wang’s urgent first feature takes on the secretive side of China’s vast, controlling government, with only the recourse of gutsy guerilla filmmaking to capture the journey of activist Ye Haiyan (known as “Hooligan Sparrow”) and a group of activists who travel to Hainan Province in southern China to illegally protest the case of six elementary school girls who were sexually abused by their principal. (Her earlier work focused on sex workers and the attacks on women by authority are at the center here.) Much of the documentary was shot clandestinely with concealed recording devices, then smuggled out of the country. “I never expected to be interrogated by national security agents, and that my family and friends would be harassed and threatened by secret police,” Nanfu Wang has written, “but this is the China I saw.” The shards of surveillance of secret police, of intimidation by plainclothes operatives and the sheer oppressive weight meant to crush resistance are equally horrifying, and captured with kaleidoscopic perseverance. The executive producers are Andy Cohen, who had the same role on 2012’s “Ai Weiwei: Never Sorry” and Alison Klayman, director-producer of that pungent documentary. 86m. (Ray Pride)