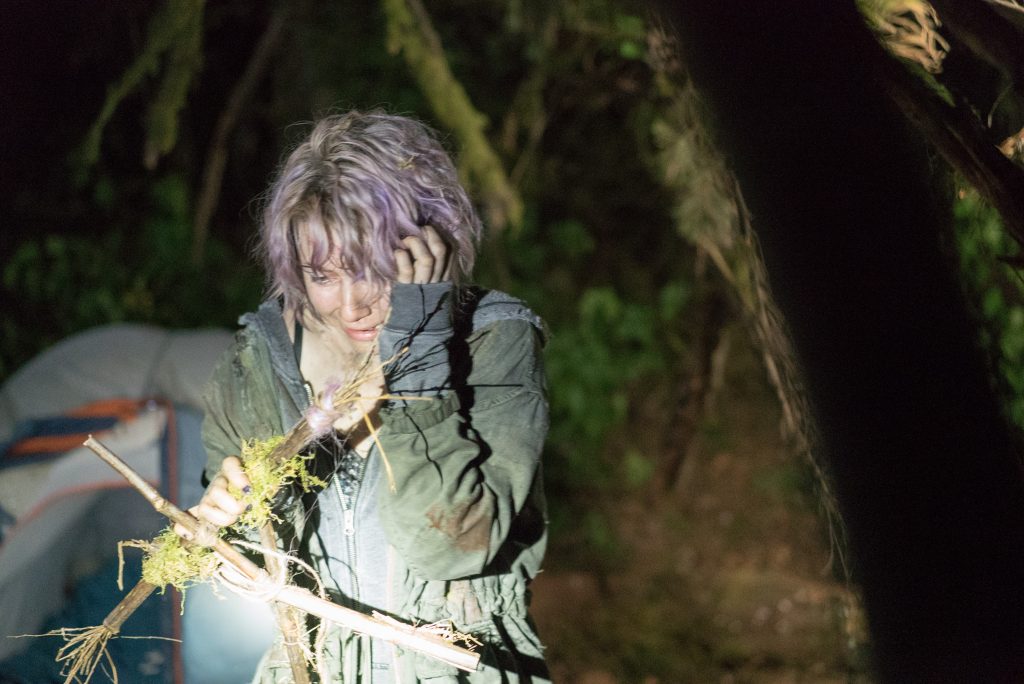 Horror fans are frequently asked why we like horror films as though there is something slightly indecent about us. We’re often left responding with flamboyant or generic phrases—“they’re a spine-chilling thrill,” or they’re “boot camps for the brain,” “roller coasters for the soul,” or most simply,  “they’re awesome!” And “awe” is a significant word in this compound, as it has a two-pronged meaning: fear/dread as well as admiration.

In addition to horror’s awesomeness, two additional concepts help form horror’s backbone—survival and resistance, as horror films require us as spectators to rapidly rotate between killer, victim and voyeur, and in doing so, their very form forces us to ask ourselves how we intend to retain or regain our humanity as we face our own death. Although horror films require us to sit in the wound of our own mortality, they are frequently brushed off as worthless, lowbrow, or as “guilty pleasures” to which the late, great Robin Wood pithily took issue, noting how the phrase allows for cursory and uncritical condescension: “Isn’t this muck—to which of course I’m really so superior—delicious?”

During the summer of 1999, with a now ex-boyfriend and his brother, I went to a sold-out showing of “The Blair Witch Project” at the defunct Piper’s Alley Theater at North Avenue and Wells Street, and, as my students love to exclaim after a particularly intense film: “Holy shit!” We all walked out in a daze. Perhaps theirs was an alcohol-induced daze from a smuggled flask of whiskey, but mine was born of absolute pleasure at cinematic dazzle. As someone who grew up in the woods of Louisiana and Arkansas, and who used to get dared to walk to the country cemetery at midnight, I appreciated the directors’ minimalism, their understanding of the power of mythology and storytelling (the legend of Blair Witch), and the use of an endless forest to create such an enigmatic and tense film. I am of the school that believes our imaginations create more terrifying imagery than what is often presented to us, and “The Blair Witch Project,” similar to “The Texas Chainsaw Massacre,” understands this horror psychology well, showing us little but leaving us with a lot.

Not only did I love the eldritch atmosphere that the original “The Blair Witch Project” fabricated, I hadn’t yet become side-eyed at found-footage horror, and found it the perfect delivery system. (On a horror trivia side note, “eldritch” is a great word for every horror fan to have in their adjective arsenal as it means “weird, ghostly, unnatural, frightful, hideous”; additionally, it serves as part of the title of an H.P. Lovecraft book, “Eldritch Tales: A Miscellany of the Macabre.”) The eerie, sinister mood that the “The Blair Witch Project” establishes is in part due to its brilliantly devised lore. Marketed as “real footage” in 1999, some people believed that the actors were actually dead or missing. Heather Donahue’s mother supposedly received condolence cards for the presumed death of her daughter. Though “The Blair Witch Project” is by no means the first found-footage film, a slurry of echoic films followed it. Still, there are a few found-footage horror films that feel fresh in the aftermath of “The Blair Witch Project.” including Jaume Balagueró’s “[Rec]” (2007), Matt Reeves’ “Cloverfield” (2008), Joel Anderson’s “Lake Mungo” (2008), and more recently Patrick Brice’s “Creep” (2014).

Am I excited for the new “Blair Witch,” previously known only as “The Woods”? Hell yes! I have been a horrorphiliac since about the age of ten (my first true loves being “The Blob,” “Creature from The Black Lagoon,” “Dracula” and “King Kong”), and since I am easily able to slip into a suspension-of-disbelief zone, I’m enthusiastic going into most horror films. So far this year, there have been a bevy of fine horror films, including “The Witch,” “The Invitation,” “10 Cloverfield Lane,” “The Green Room” and Hush.” Even “The Conjuring 2” was an unexpected surprise. Plus, there’s definite anticipation for Fede Alvarez’s “Don’t Breathe.” As an admirer of Adam Wingard’s “You’re Next” and “The Guest,” I’m fangirl-thrilled for his new “Blair Witch.” It’s hard to believe that the original was released seventeen years ago! Since then it has left its indelible mark on so many horror films, including Greg McLean’s recent “The Darkness,” that plays patty-cake with the black handprint motif. If Wingard can capture his predecessor’s palpable sense of dread and the mounting menace that wreaks havoc on both the characters and the spectators (“I’m scared to close my eyes, I’m scared to open them!”) then the new “Blair Witch” should be a dark delight with no guilt in sight.

Simone Muench (simonemuench.com) is the author of “Orange Crush” and “Wolf Centos.”