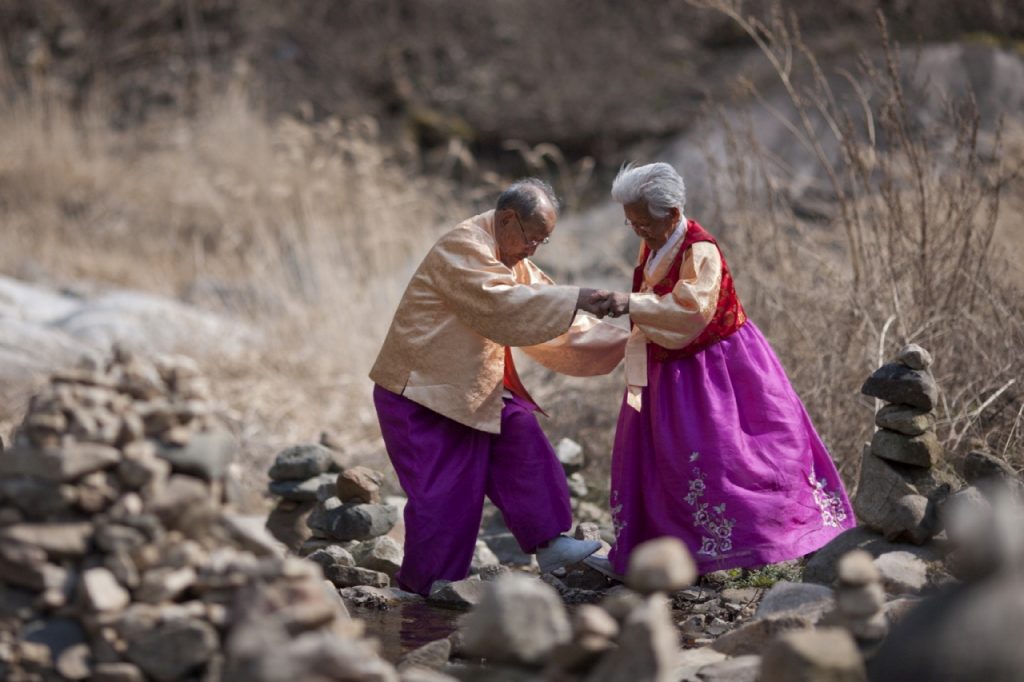 Byeong-man Jo and Kang Gye-Yeol have been together for seventy-six years. In the sublime “My Love, Don’t Cross That River,” a huge success in South Korea, writer-director-cinematographer Mo-young Jin watches the “one-hundred-year-old lovebirds” (as the ninety-eight-year-old Byeong-man Jo and his wife, the eighty-nine-year-old Kang Gye-Yeol are dubbed) for just over a year as they move through their day in traditional Korean raiment, inseparable from first light to final dark. At first, they are almost unbearably adorable. But sentiment surpasses sentimentality. Jin’s canny observation and cutting goes beneath the surface and into the bloodstream. What could have been in many hands autumnal sap or old-folks-sploitation is instead a document of the day-to-day tenderness of a long-lasting, even lifelong bond few couples experience in any culture. The ending, which we are prepared for in the sere, winter-set opening, is a thundercrack, earned, true, heartbreaking. Time stops. Time goes on. There is weeping. 86m. (Ray Pride)