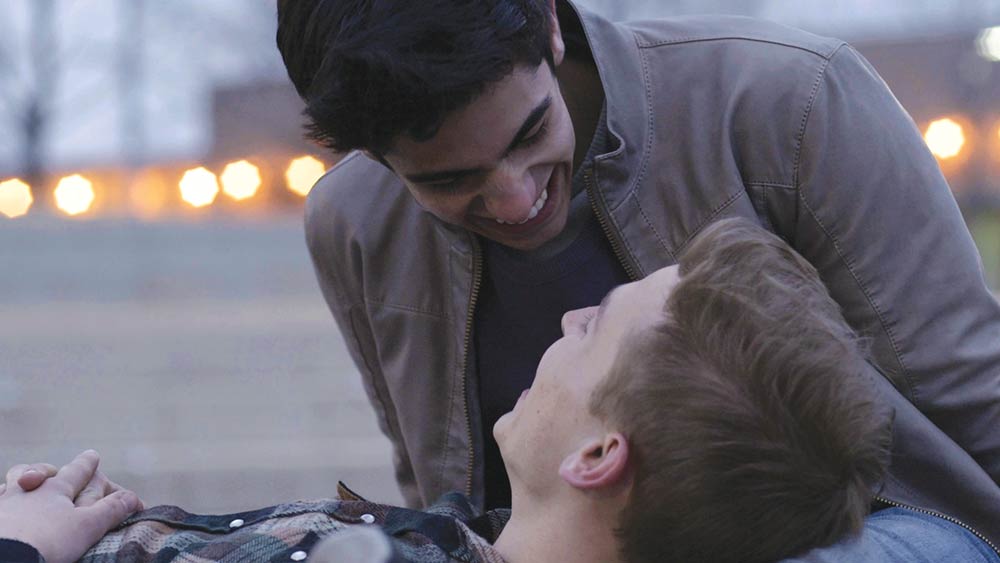 A fateful meeting on the University of Akron football field by college freshmen Benny (Matthew Frias) and Christopher (Edmund Donovan) leads to a commingling that doesn’t face opposition from families or friends. The bucolic midwestern setting seems not just accepting, but forgiving. The naturalistic acting is genial to a fault. So where’s the drama in the romance of Brian O’Donnell and Sasha King’s sweet, lovingly shot, achingly paced “Akron”? A secret they share, unbeknownst, which goes much farther than awkwardness (which O’Donnell’s screenplay reveals from the get-go). Small and ambitious, “Akron” is seldom tidy and never less than generous. 88m. (Ray Pride)