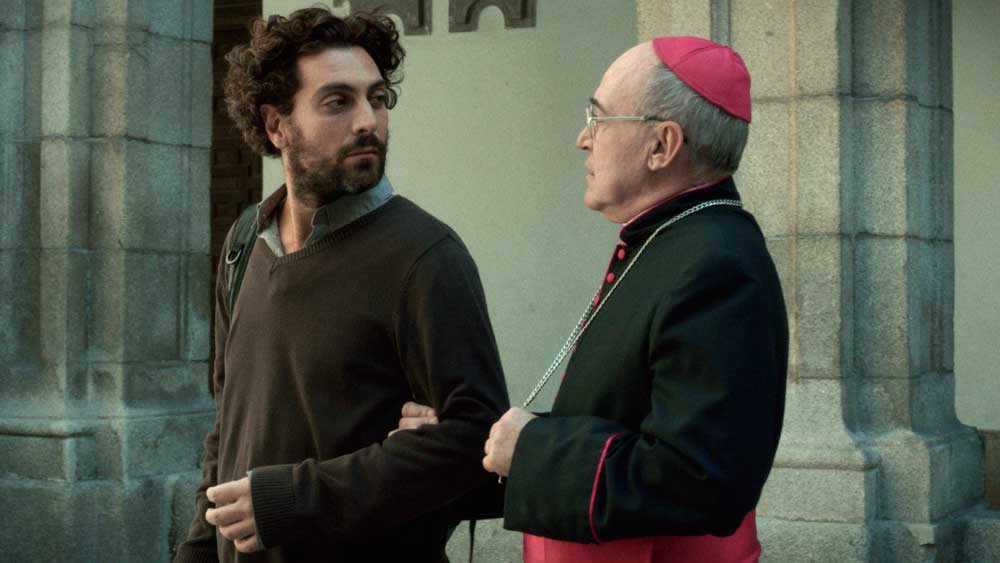 Existential quandaries make for queasy comedy and sweetly peculiar moments in Uruguayan filmmaker Federico Veiroj’s “The Apostate,” wherein Madrid philosophy student Gonzalo Tamayo (Álvaro Ogalla), a shaggy dog of a man easily pushing forty, decides it’s high time to militate against Catholic education and explore the world. Ogalla is not only Veiroj’s co-screenwriter, but the story is drawn from his own life. Literate exchanges of dialogue are interspersed with memory and dream sequences that evoke at least Woody Allen’s work, and at a moment or two of inspired surrealism, even Luis Buñuel. (The scenes of bold erotic gestures and display may well exist only in Gonzalo’s quietly fevered mind.) The ideas at play may have more resonance to those aware of Spanish literature and films with similar protagonists since the days of Franco. There’s a whiff of Veiroj’s earlier film, “A Useful Life” (2010) about a Montevideo film programmer who loses his job. Histories are spoken, and implied further, specialized knowledge that should not bother his characters to such ends. The church looms above all, literally at times, with an exploration of Madrid’s architecture that seems removed from time. With Bárbara Lennie, Vicky Peña. 80m. (Ray Pride)