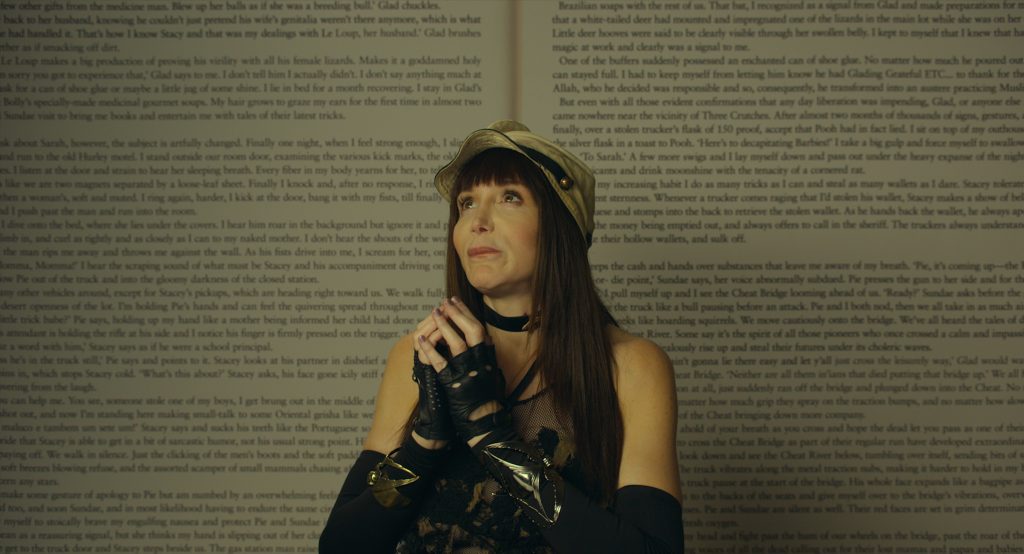 “Author: The JT Leroy Story” is Jeff Feuerzeig’s engrossing retelling of the most byzantine literary hoax of recent American literature. Forty-year-old San Francisco writer Laura Albert wrote and published for a decade not only under the name, but the persona of “JT LeRoy,” a young voice well beyond his years in retelling a squalid upbringing. Feuerzeig, whose earlier documentaries include the compassionate musical outsider portrait, “The Devil and Daniel Johnston,” brings tough muscle (and some animation) to the layering of misrepresentations and deceit. After a 2006 story in the New York Times drew back the curtain, a range of publications had their take, but as Feuerzeig writes, there was “one voice glaringly missing”—Laura Albert, who becomes the center of his film. “This is the first time we’ve heard from the author of the fiction, on and off the page,” he says of his film, which is stuffed with Albert’s own self-chronicles, including her phone calls to celebrities who wanted in on all the cool. As with Johnston, Feuerzeig is an avid admirer, and the fury of Albert’s consummate creation puts the director, happily, on the side of trusting the voice and its subsidiary voices. But a portrait of this level of deception, self-deception, of creative pathology, of narcissists giddily getting taken for a ride, is a rich and necessary one. Too bad the cotton-candy haired “JT Leroy” wasn’t able to run for president. With Dennis Cooper, Winona Ryder. 110m. (Ray Pride)

“Author: The JT Leroy Story” opens Friday, September 16 at Landmark Century and is available on video-on-demand.