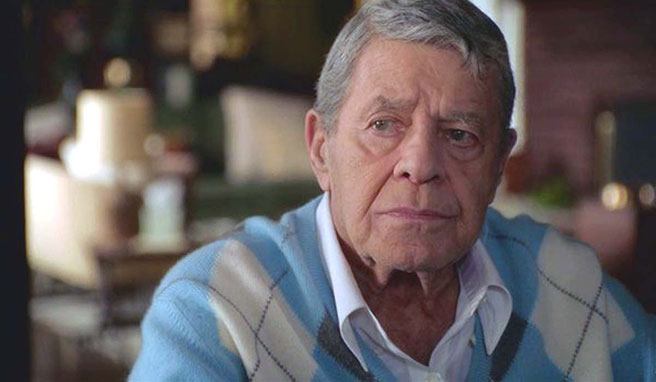 The boy is back in town. While Jerry Lewis has just turned ninety, and gamely set out the past month to insult a small selection of interviewers, “Max Rose” was shot several years ago, and even then all the prats had already fallen. Lewis is a somber slip of the once-vital exclamation point of id, and Daniel Noah’s telling of a jazz musician (Lewis) mourning his wife of sixty-five years (Claire Bloom), as well as coping with news of her infidelities. The sleek, sinister, brilliant talk show host Jerry Langford of “King of Comedy” is also a distant, burning memory: his Max Rose is a figure of ash, Lewis’ watery blue eyes the one expressive, sorrowful, sad-clown trait that both characters share.  Noah’s intent on jerking the tears, when the only thing a longtime viewer of Lewis’ work and persona wants is ire and fire. But against the rustling of the screenplay page, Lewis’ weary dignity is transfixing. With Dean Stockwell, Illeana Douglas, Kevin Pollak, Kerry Bishé. 86m. (Ray Pride)