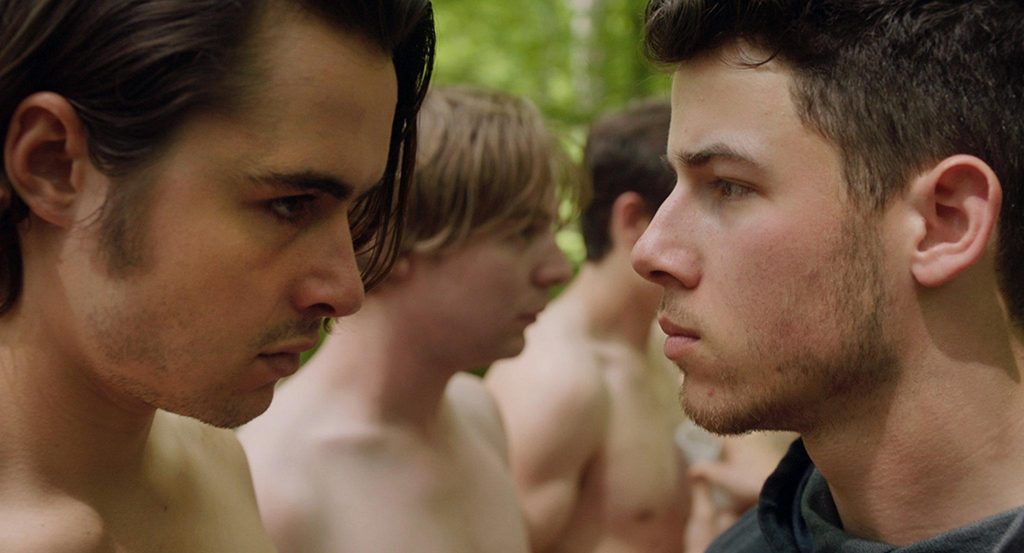 “Goat,” a harsh, bruising, sweaty college “Hell Week” hazing drama based on a 2004 memoir by Brad Land, directed by Andrew Neel (from a script by Neel, David Gordon Green and Mike Roberts), is most notable for the fiery lead performances by Ben Schnetzer and Nick Jonas, who give pretty much their all playing two brothers, Brad and Brett. James Franco, a co-producer, is in it, and “Goat” portrays pressures upon the male body and psyche like many of Franco’s many spiky works. But it’s Neel’s film in the end: Franco just helped it get there. (The other producers include indie veterans Killer Films [“Carol,” “Wiener-Dog,” “White Girl”]). “My reason for making the movie was I felt like Brad Land’s story about fraternities really was an incubator to look at and pick apart masculinity,” Neel told Indiewire’s Kate Erbland at Sundance 2016. “From the very opening sequence, the slow-motion bit, it was meant to say to the audience ‘this is conceptual.’ Even though it is very much shot in a neorealist style, this is about men with a capital M.” Psychologically plausible, plentifully punitive and painfully convincing about man as animal, “Goat” is a brute success. 96m. (Ray Pride)