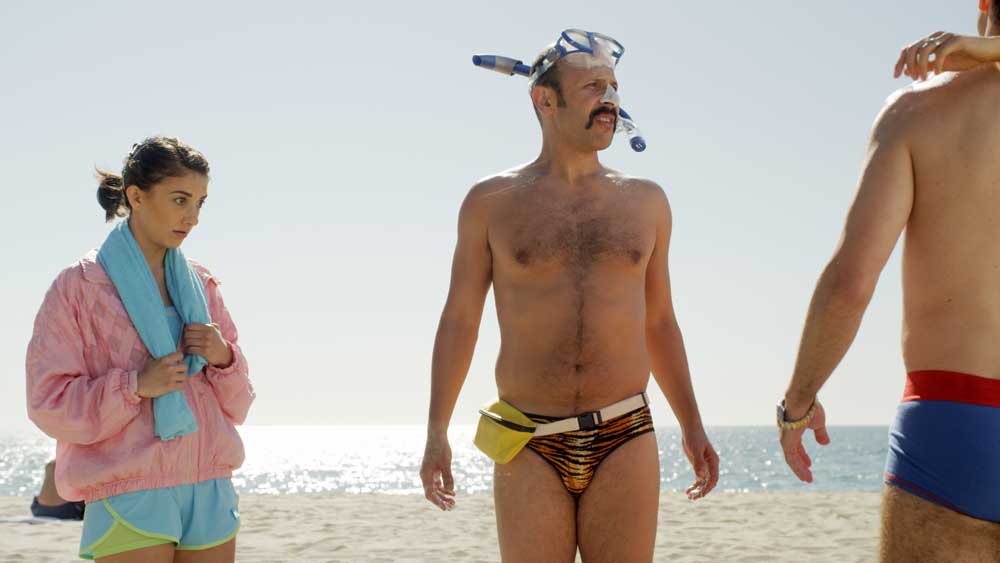 Let’s begin with Iranian-American stand-up Maz Jobrani’s self-applied sobriquet: “the Persian Pink Panther.” This is an excellent way to get my attention. Jonathan Kesselman’s “Jimmy Vestvood: Amerikan Hero” (2014), is the quest of a newly arrived immigrant, a traffic cop, balding, mustachioed, clumsy as they come, but with green card in hand, to become a private eye, maybe like Steve McQueen. There’s a detour involving an American flag inadvertently set ablaze and terrorist accusations by the rightwing “Kox News.” Kesselman and Jobrani move capably enough from one goonish setpiece to another, and while the humor has few sharp edges, with a pleasing trade in raunch, despite superficial similarities, the comedy doesn’t descend/escalate to the maniacal meanness (and inspiration) of Sacha Baron Cohen’s Borat character. A very happy John Heard costars as a de rigeur wicked arms dealer/politico who becomes Jimmy’s boss. With Sheila Vand. 84m. (Ray Pride)