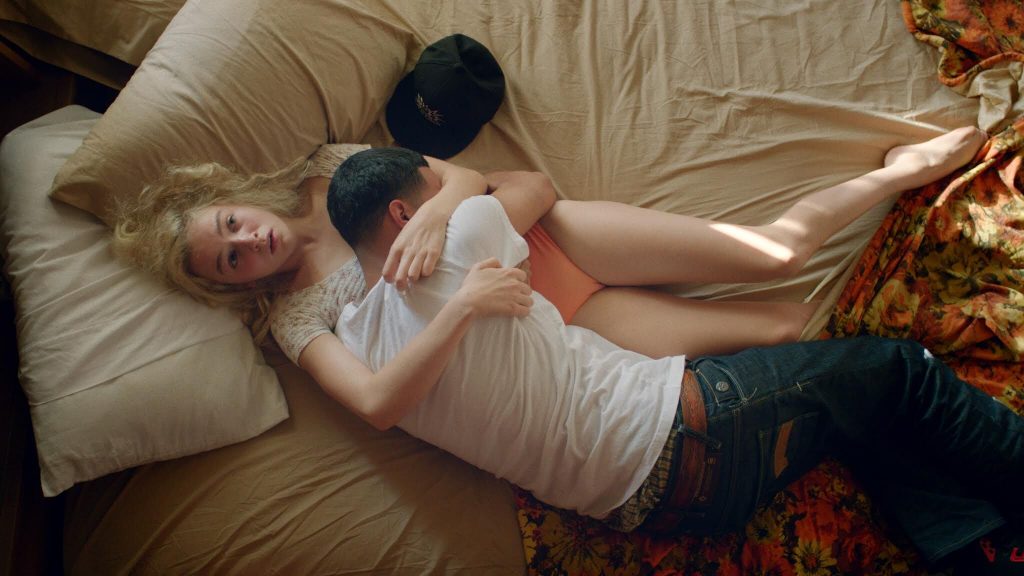 “Girls” gone hardcore, a gaudy pinball-machine edition of “Kids,” a full measure of mythic heartbreak: all comprise the stylish mayhem of writer-director Elizabeth Wood’s brash, boisterous, near-relentless debut feature, a nightmare-in-the-life slice-of-New York City sex-and-drugs bacchanal that careens from start to finish. The incandescent Morgan Saylor plays Leah, a college sophomore with a blah-blah-blah magazine internship living in Queens who’s quickly entangled in a world of bad and worse decisions. Do good girls go bad in the City? “White Girl” is not a euphemism for anything, is it? Or maybe it’s a metaphor for every damn kick in its book, a collage commencing with coke and Leah’s willingness to invest in transactional intercourse. Cocaine and coke dealers, blow and blowjobs, bleach-job allure, sex standing up, sex sitting down, fucked-up fucking follow.

Leah is sure she can “always figure it out,” despite the despoiled trail of similar figures preceding her in pop culture. Figure on her fucking it up. Wood does the best job in memory of depicting callow youth taken for a ride during its brief sojourn through the privileged byways of Manhattan and its feeder boroughs. And despite errors made, the film’s embrace of sexual agency is well, bracing. The memorable ending justifies nearly everything that came before. Contains graphic sex, degradation and sexual violence. With Brian “Sene” Marc, Justin Bartha, India Menuez, Chris Noth, Annabelle Dexter-Jones, Ralph Rodriguez, Anthony Ramos, Adrian Martinez. 88m. (Ray Pride)