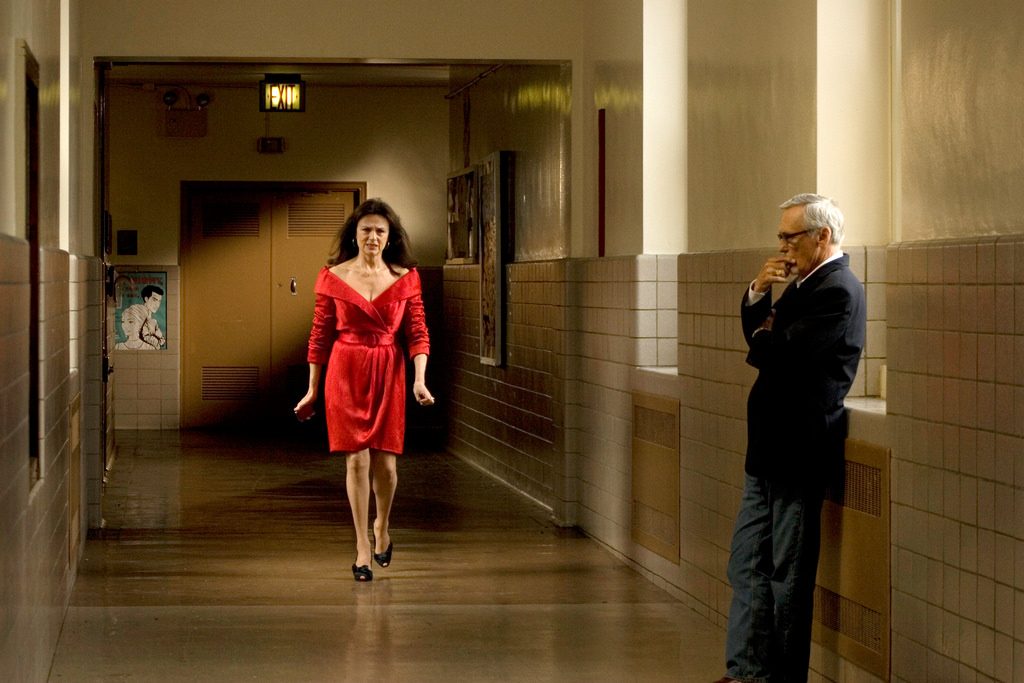 Dennis Hopper has been dead for six years, and the vehicle for his final performance, “The Last Film Festival,” is pretty close to it, showing few signs of what most of us would call life. Hopper plays a film producer named Nick Twain, whose latest movie is so awful, he can only get it shown at the “O’Hi” film festival run in a high school gym by an undertaker. “The Last Film Festival” runs ninety minutes. I wish I had run in the opposite direction with unseemly haste. (It bears no relationship to Hopper’s fascinating excursion into the jungle, “The Last Movie.”) Emmy-winning veteran director-producer Linda Yellen’s lowercase, let’s-play-dress-up stab at the ensemble likes of Robert Altman’s “The Player” and David Mamet’s “State & Main” got advance blurbs from Manhattan antiques Liz Smith (ninety-three), Rex Reed (seventy-seven) and Roger Friedman (fifty-nine), which may say more about her social circle than the critical acumen of this trio of jokers. “The idea for ‘The Last Film Festival’ started with a laugh Dennis and I shared at the Sundance Film Festival,” Yellen was quoted when her film was acquired for distribution. “That spirit of fun and spontaneity that is uniquely Dennis carried through the filming and onto the screen. He would be so pleased that what started as one laugh will now result in so many.” “The Last Film Festival” was completed via Kickstarter. For dogged completists only. With Jacqueline Bisset, Chris Kattan, Jobeth Williams, Leelee Sobieski. 90m. (Ray Pride)