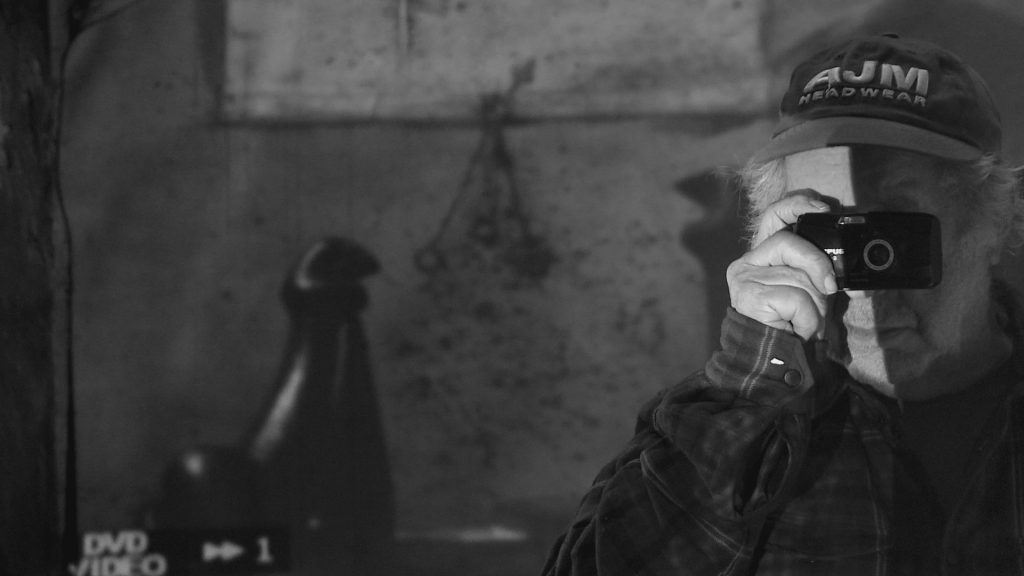 Laura Israel’s “Don’t Blink: Robert Frank” is a fine, impressionistic portrait of a lion in winter, one of the greatest living photographer-filmmakers still at work, still undaunted at the age of ninety-one by his choice—or his lack of choice?—to face life head-on and portray it with unstintingly stark, rough-hewn beauty. The Swiss-born photographer and filmmaker made his mark with the eighty-three indelible photos in his “The Americans” in 1958, drawn from 28,000 photos taken on a Guggenheim grant to travel the U.S. for two years. In the nearly six decades since, alongside his photography, his diverse range of engaged work has included documentaries and fiction features, such as 1959’s Beat Generation vaudeville-cum-snapshot “Pull My Daisy”; “Run,” a 1989 video for New Order; and the still-officially-suppressed documentary of a 1972 Rolling Stones tour, “Cocksucker Blues.” Israel has collaborated with artists including Lou Reed, Sonic Youth and John Lurie, and has been Frank’s film editor since the 1980s. The engrossing result is resolutely nonlinear, but has an intimacy surrounding work, process and determination that few documentaries about artists attain. Israel says, in the press notes, that she was driven to capture Frank’s obstinacy. “It was important for me to keep in my mind that I couldn’t idolize Robert, because that’s not an honest way to approach something like this. I was always cognizant of that.” With her extended knowledge of Frank, Israel functions as a brilliant curator. “I felt like I had the opportunity to provide some insight into his creative process,” she continues. “You sit next to someone for that long and you see the outtakes and the footage, you see what their thought process is, you get a really good perspective on how they make artistic choices. I wanted to share that perspective because I think I’ve really benefitted from it.” As we, now, do as well. The cinematography is by two greats, Lisa Rinzler (“Buena Vista Social Club”) and Ed Lachman (“Carol,” “The Virgin Suicides”). 92m. (Ray Pride)