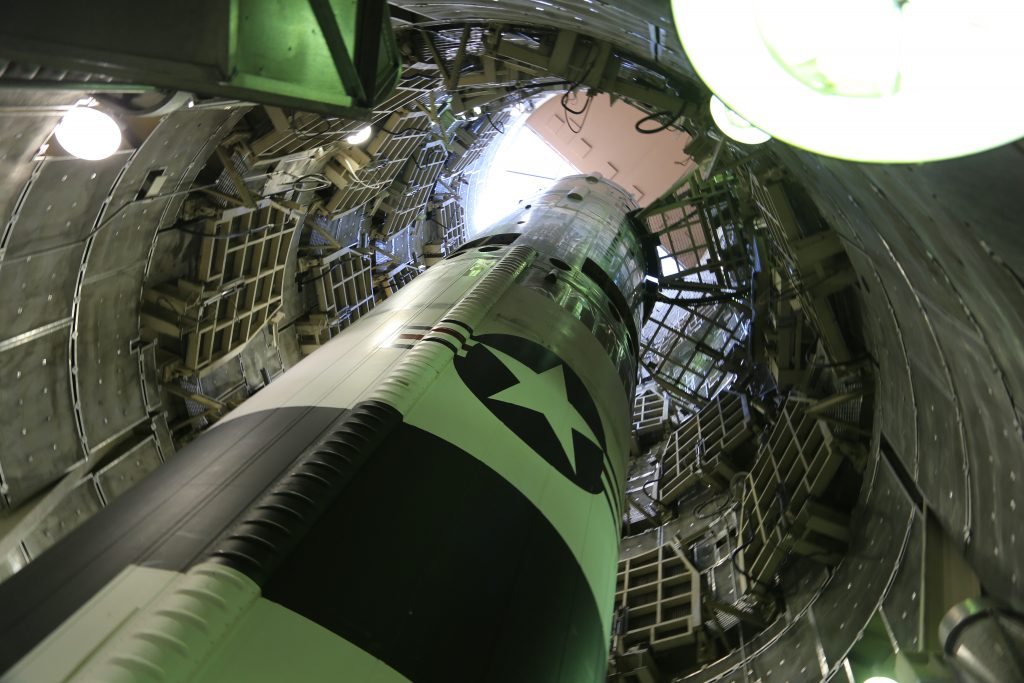 Robert Kenner’s morbid, apocalyptic yet enthralling documentary “Command and Control,” co-adapted with Eric Schlosser (“Fast Food Nation”) from his book of the same name, is a sleek cautionary thriller about an averted nuclear disaster in the 1980s. In his book, Schlosser drew upon a scary range of recently declassified documents about America’s arsenal of thousands of bombs.

At a Damascus, Arkansas Titan II nuclear missile silo, a twenty-one-year-old worker dropped a socket from a wrench, puncturing the fuel tank of an ICBM carrying some of the most powerful nuclear warheads in the American arsenal. If the day had gone further wrong, it could have caused a catastrophe 600 times the size of Hiroshima. Long-lived radioactive fallout would have blanketed the East Coast. From World War II to the Cold War to today, there has always been a margin of error at work—mistakes and misjudgments and near-detonations avoided—but the density of deadly detail here is daunting. Kenner, whose earlier films include “Food, Inc.,” works with nail-biting minute-by-minute re-creations, the immediacy of which come from being shot in a decommissioned complex which the director describes as “essentially a replica of the accident site.” Atop this, there are flurries of fearful fact, among them, this could happen anywhere, anytime, so long as these weapons are still in the ground. The two thoughts that popped into mind again and again: “Jesus Christ!” and “Are you registered to vote?” Virtually everyone involved agreed to appear in the film to recollect their story. 92m. (Ray Pride)