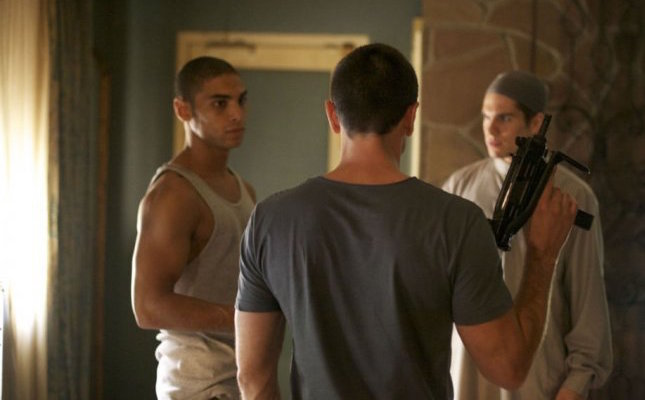 Four days before its second intended release in Paris last November (the first was postponed after the Charlie Hebdo murders), Nicolas Boukhrief’s shocking but straightforward chiller “Made in France” (Inside the Cell) was preempted by the terrorist attacks at the Bataclan concert hall. Afterward, Boukhrief said of his depiction of a journalist infiltrating the cell of a homegrown group plotting jihad, “People say the film was prophetic but I’d rather have been wrong. I’d rather have prevented than predicted something. That’s the paradox. The events of 13 November mean there is enormous interest in the film because it stopped being fiction and became fact. As a director, I want my film to be a success, but I don’t want to profit from such terrible events.” But, he added, “I’m no visionary; the Paris attacks were only new because they happened in Paris.” (The boldly confrontational poster pasted up across Paris depicted the Eiffel Tower as a semi-automatic rifle.) 89m. (Ray Pride)

“Made In France” opens Friday, October 14 at Facets.