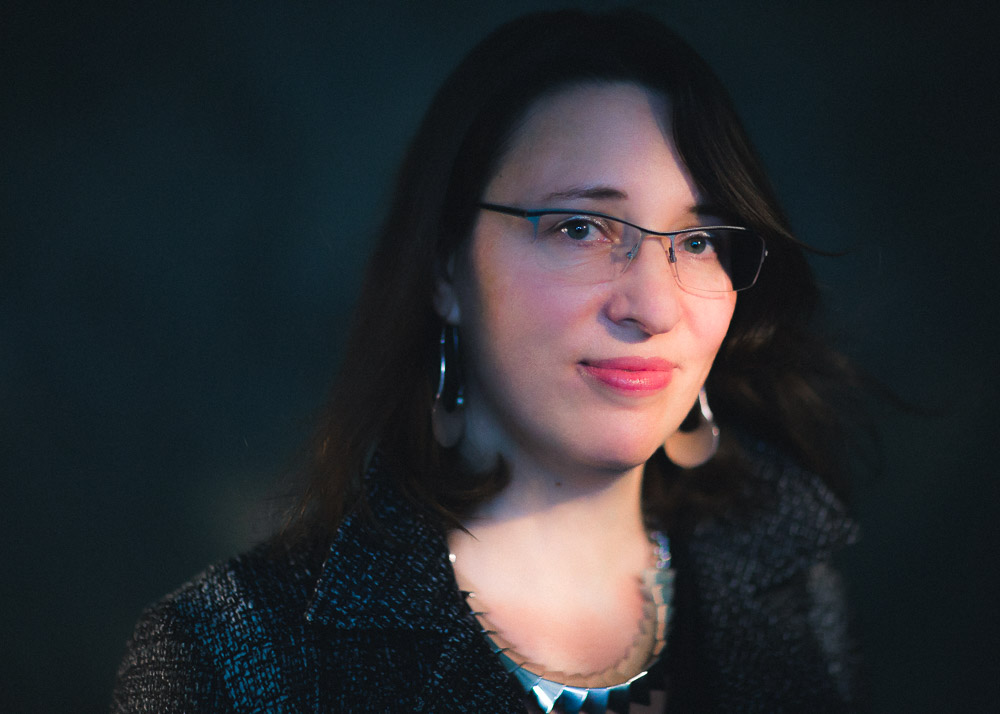 46
SHAYNA CONNELLY
Filmmaker Shayna Connelly’s work has always danced along the borders of documentary and experimental, and the past several years have brought the DePaul University professor’s work into focus, after bookings and awards at multiple fests. “This is the busiest I’ve been in terms of filmmaking,” Connelly says. “I have three films in festivals and just finished a non-narrative short about a personal haunting. Grief is non-linear. It rears up in weird places and plays with our perceptions. We see our dead in the living and ‘Yours Is Not the Taj Mahal’ is a one-sided conversation with one of these living ghosts. This month I will also finish a documentary character portrait on a ghost hunter—’Every Ghost Has An Orchestra’ (title courtesy of one of my husband, Chris Connelly’s songs)—who uses his EVP recordings to create experimental music. The link between ghosts and art, and what endures when we are gone, fascinates me. In December I shoot my largest-scale narrative production, ‘Quiver.’ ‘Quiver’ is about the parallels between grief and desire, specifically the idea that both states render a person ‘incomplete’ without their beloved. They are united by feelings of torment and absence.” She describes her lovely, sometimes elusive work as “being haunted by history, regret, loss and—most recently—desire. I also seem to be inching toward genre filmmaking, but at the rate I’m going I won’t make a full-fledged horror film for twenty years! Like horror cinema my films explore ‘liminality’—straddling two sides of a boundary line. In ‘Gardening at Night,’ the main character has to navigate the process of her friend actively dying. During that time the dying person is simultaneously absent and present, alive and dead. The boundaries between documentary, fiction and experimental film are similarly nebulous and I work across all three. I don’t seem to be able to do anything by the book.” As a teacher, she says, “Focusing on process is essential. I teach process to a demographic who are discovering who they are and what they want out of life. Being surrounded by college students ‘in-process-of-becoming’ reminds me that everything is a grand experiment and part of something larger. Sometimes the experiment is successful, sometimes it isn’t, but you have to keep making work to figure it all out. It’s terrifying and inspiring. The film program at DePaul is singular and unlike anywhere I’ve ever been before. It’s a community that pulls together and supports one another’s work. I’ve produced films for two of my colleagues and they for me. We have a history of faculty-student collaborations that is unique. It allows faculty to make films, use practical filmmaking as a teaching tool and allows upper level students to mentor beginning students. A lot of former students have become friends and collaborators. Two former students from Columbia who are firmly established in their careers are helping me in pre-production on ‘Quiver.’” Bio. 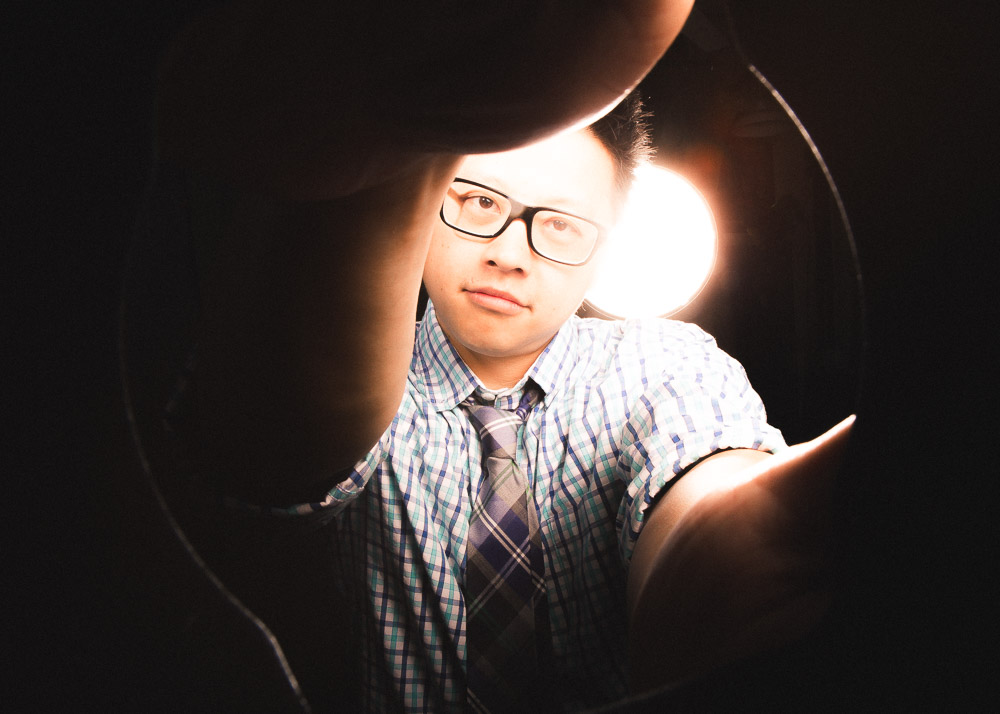 47
JOHN WONG
Chicago’s mushrooming film economy is attracting and nurturing stellar creative talent not limited to the making of images and structuring of stories. One highly regarded artist is John Wong, a sound designer and re-recording mixer in the post-production industry. “My responsibilities range from creating a soundscape that reflects the tone and direction of the film, to mixing the film by balancing out the sounds to the desired effect so viewers have an immersive experience,” Wong says. “The gratification of contributing to films is twofold for me. First, it’s seeing the smile from the filmmakers once it’s complete, when you know that you did the best you can with the audio. And second is seeing the film on the circuit when the consumer gets to take in all the hard work you put into them.” Another aspect of working in the industry that appeals to Wong is getting to collaborate with other audio artists on larger-scale pictures. “Working with other audio people on films just helps expand and push your creative thinking, because everybody has different perspectives or ideas on how things can sound. Those ideas help you grow as a sound designer, dialogue editor, Foley artist, or a re-recording mixer because there is always room to grow no matter how long you do it.” This is a dynamic place to work, and where talent will be able to stay instead of going to one coast or the other, he says, because Chicago is “filled with talented, hard working people in production and post-production who are all gung-ho about making a film, whether at small budgets or larger in scale. We just make it happen.” Website. 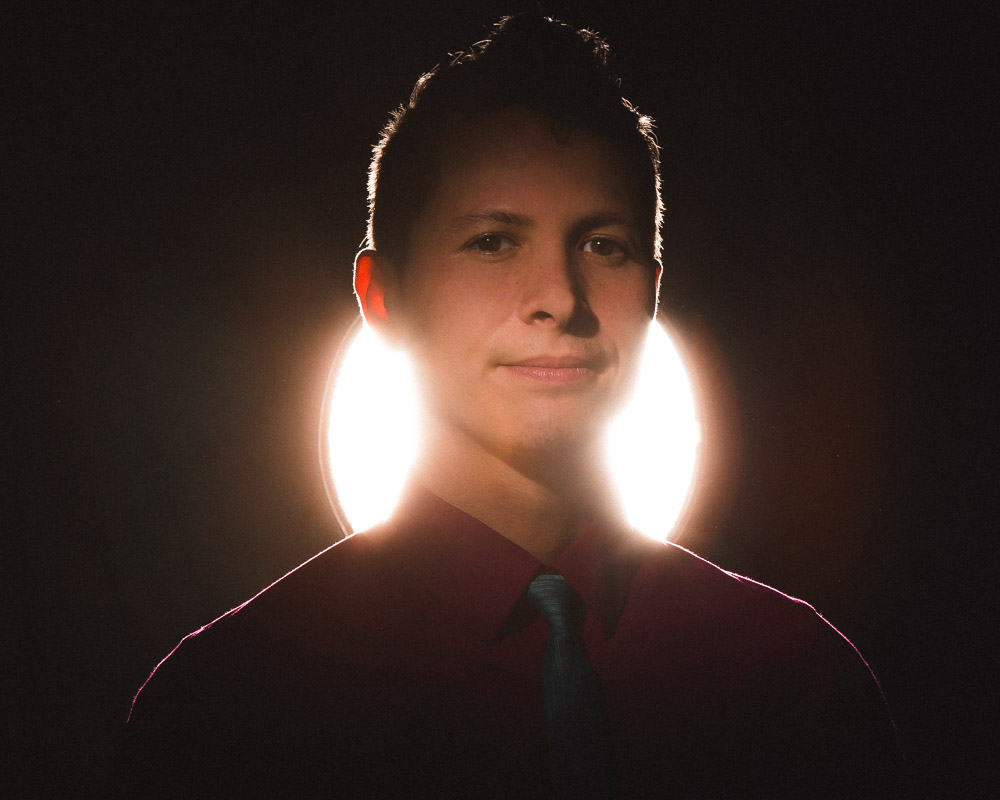 48
ANDRÉ PÉREZ
One of the largest accomplishments of André Pérez, “a compulsive documentarian,” is the Trans Oral History Project. The Project promotes grassroots media projects that chronicle the experiences of trans people through its publicly accessible digital archive. The project also has programs that teaches media production skills which enable individuals to tell their own stories. Pérez, an oral historian, educator, filmmaker and community organizer, also has recorded over 500 interviews since 2012 for StoryCorps, with more than fifty segments on WBEZ and NPR. Pérez‘s current project is an interactive documentary web series called “America in Transition,” which will focus on transgender people of color and trans people from rural America. Website. “America In Transition.”

49
JIM TRAINOR
New to the live-action feature film game, School of the Art Institute of Chicago associate professor Jim Trainor has moved beyond his memorable animated shorts including “The Bats,” “The Moschops” and “The Magic Kingdom” that trace human foibles through the behavior of strange creatures, and completed his long-awaited “wasp movie,” “The Pink Egg,” which early viewers found “delightful.” Trainor is keeping the film under wraps presently, but he synopsizes it thusly: “A group of young females—most of them virgins—creates a utopian society based on hard work and vegetarianism. But at night, in dreams, they are forced to confront their solitary, carnivorous pasts. Based on a true story.” Trainor told the Edge of Frame website this: “The subject matter is insect life. I have actors (actresses, mostly) dressed in leotards and enacting the life cycles of various kinds of bees and wasps. The few people to whom I have shown the work in progress all say that it reminds them of my animated films. It does have the same kind of morbid humor as my animations, and the movements of the actors, which I directed to have a certain non-human quality, have turned out to have a stylized rhythm not unlike my nervous animation drawing style. Above all, I would hope that viewers will engage with the scientific heart of the story—how social behavior evolved in insects—and not merely view it as a peculiar story that I made up.” Bio. 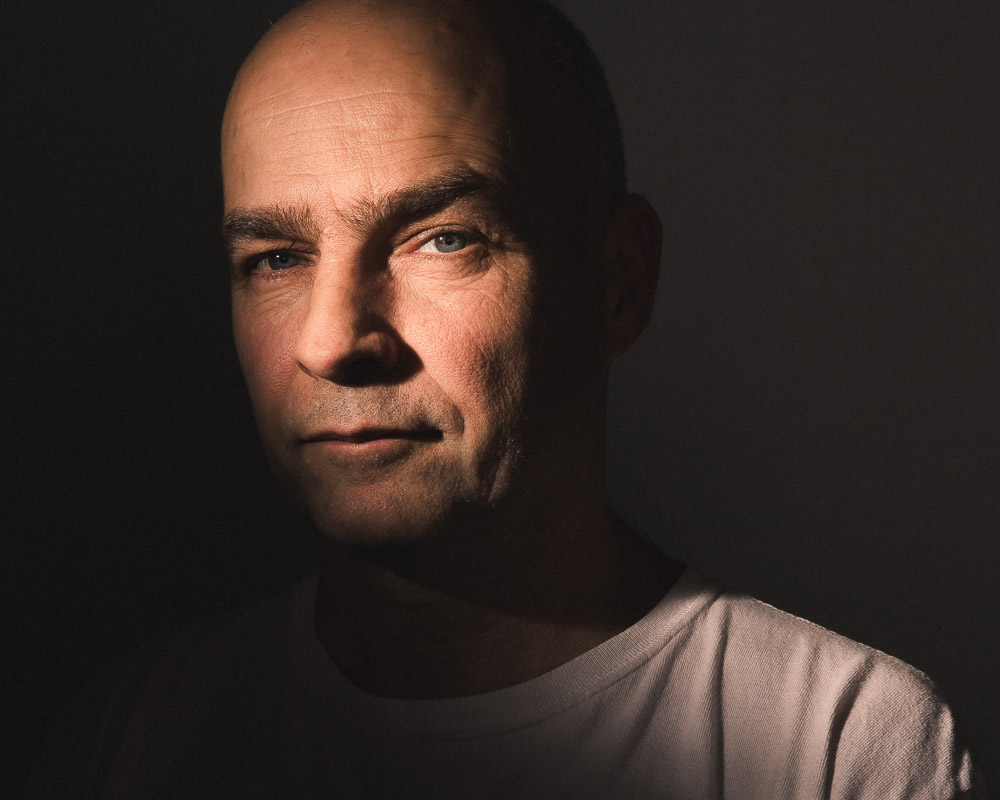 50
CHRIS SULLIVAN
Pittsburgh-born experimental animator Chris Sullivan, a longtime School of the Art Institute professor of Film, Video, New Media and Animation, took ten-plus years working as producer, director, writer, animator and composer to complete his first feature, the densely bleak “Consuming Spirits” (2012). It may be the grimmest, most depressive nightmare of a movie ever to emerge from Chicago. In a Rust Belt small town, there are secrets, decades of cumulative guilt, failure and alcohol to spare. Sullivan’s accumulation of fearsome animation of fearful dreams weaves an estimated 30,000 cells, including hand-drawn, cutout, stop-motion, multiplane puppet and clay techniques into a sustained gloom of moldering nightmare. The epic miniature garnered appreciative notices from A. O. Scott of the New York Times and from NPR when it was eventually released. Sullivan describes his work as “a mixture of social realism and theatrical fiction.” “Consuming Spirits,” he wrote, “speaks about a dilemma in everyone’s life, as their parents become, in their frailty, their children’s children. It is about maintaining love through a lifetime, and the guilt that the closure of death gives to survivors.” Sullivan’s recognition for “Consuming Spirits” and earlier, shorter work include a John Simon Guggenheim Fellowship; a Rockefeller Media Arts Fellowship; a Bush Foundation Fellowship; NEA Regional fellowships and a creative Capital Film Grant. Sullivan intends to complete a second feature, “The Orbit of Minor Satellites,” for 2018 release, described as a mash-up of the meetings of a teenage girl in a therapist’s office and goings-on in a space station on the frozen surface of a moon of Saturn. Vimeo. Bio.