6
JENNIFER REEDER
Jennifer Reeder’s been making short films rich with moments for over two decades, starting with her “White Trash Girl” punk provocations in the 1990s. But now it’s Reeder’s moment, as international film festivals around the world recognize her prodigious recent output of female-centric short work, a whirlwind that included Sundance, Berlin, the Venice Biennale and the Whitney Biennial. The most recent of her “personal films about relationships, trauma and coping,” “Blood Below The Skin,” debuted at Berlin in 2015 and won Best of the Fest at last year’s Chicago Underground Film Festival. “A Million Miles Away” world-premiered at Rotterdam, screened at Sundance and won awards at Oberhausen, Vienna Shorts, Ann Arbor as well as in the U.K. Plus, Reeder is completing her feature, “Signature Move.” “I am actually in post with two new films,” she amends, “a short called ‘All Small Bodies,’ which I shot in Germany in July and ‘Signature Move,’ which was shot here in Chicago in August. Both films are aiming for similar festival deadlines. The pressure to deliver a watchable unfinished raft of either, let alone both, keeps me up at night. I’m thankful that they are very different from each other, so I dream in parallel timelines.” Her next feature, “With Knives And Skin,” related to several earlier shorts, will shoot next summer in Louisville, Kentucky. She’s also really into the idea of making a horror film, “like a real studio thriller. While we were making ‘Signature Move’ this summer, bystanders thought we were with ‘The Exorcist’ [series], which got me thinking…” Like most local filmmakers, she credits Chicago. “Chicago is a great place to make films. All the people, equipment and locations are able and willing and the city itself has not been played out on screen. The industry here isn’t exhausted, it’s wide awake! And ready for a close-up!” Website. Vimeo. 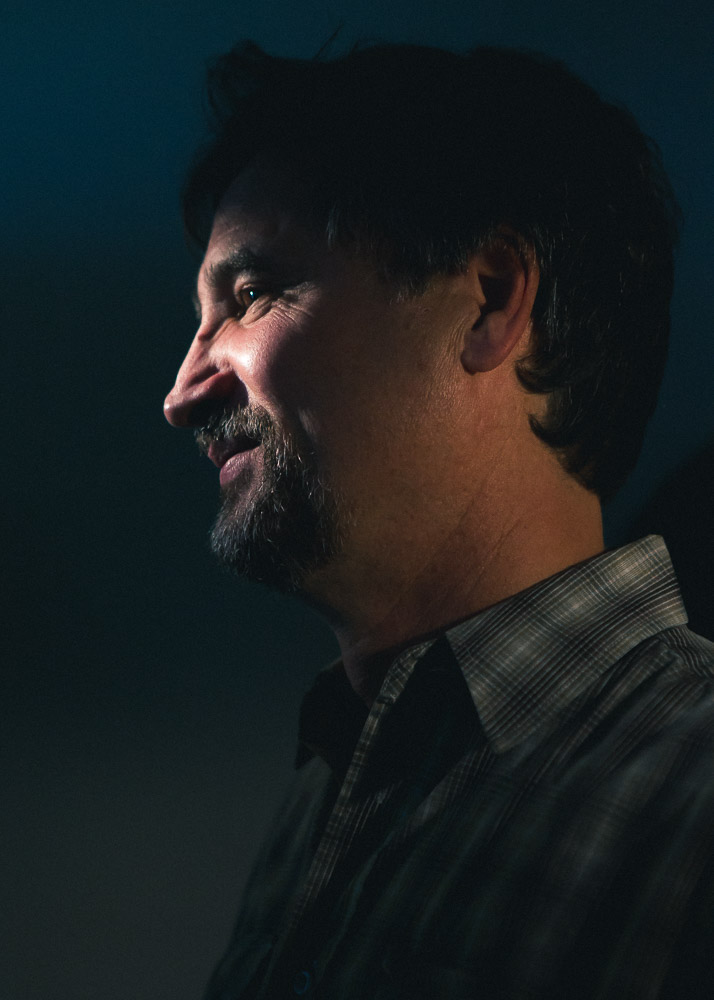 7
DAVID E. SIMPSON
Director-editor David E. Simpson is another of the wealth of quiet voices that shape and structure the stories coming out of the city. A colleague once described Simpson as “the best editor in Chicago and quite possibly the world.” High praise, but hard-earned. Simpson has spent the last several years “slaving over a hot Avid” for the projects of others, co-editing projects including Steve James’ “Life Itself” and brand-new “Abacus: Small Enough To Jail,” but has directed several docs on his own, including “Milking the Rhino,” “Refrigerator Mothers” and “When Billy Broke His Head.” “‘Billy,’” says Simpson “changed the game completely for films about disability and is celebrating its twentieth anniversary in distribution.” The small, stirring “Abacus” debuted at Toronto in September, soon followed by Chicago and New York film festival berths. (September also brought Emmys for the editing of “Life Itself.”) He co-edited Bob Hercules and Rita Coburn Whack’s award-winning “Maya Angelou: And Still I Rise” which debuted at Sundance 2016 and was released this October. Simpson is also co-editing Steve James’ year-in the-life vérité series, “America To Me,” about struggles with “decades-long racial and educational inequities” at a diverse Chicago suburban public high school. “While some on the coasts consider us the flyover zone for narratives, Chicago is second to none for documentaries,” Simpson says. “I see Kartemquin as the epicenter of that culture. But so many other organizations and individuals are doing exciting work. While we might need to leave town for award ceremonies and prestigious fests, I find all the vibrancy, camaraderie and collaboration I need here. I also think that Chicago’s image as unpretentious and broad-shouldered—and our humanistic tradition of documenting that spirit—Carl Sandburg, Studs Terkel and others—make it a fitting home for the documentary enterprise.” Elaborating of his home berth, Simpson could also be talking about his own work as a filmmaker: “Kartemquin was founded on the notion that the personal IS political. And vice versa. All of our work stems from the idea that societal systems affect people’s everyday lives in intimate ways, and that change comes from the grassroots that are most affected.” Bio. 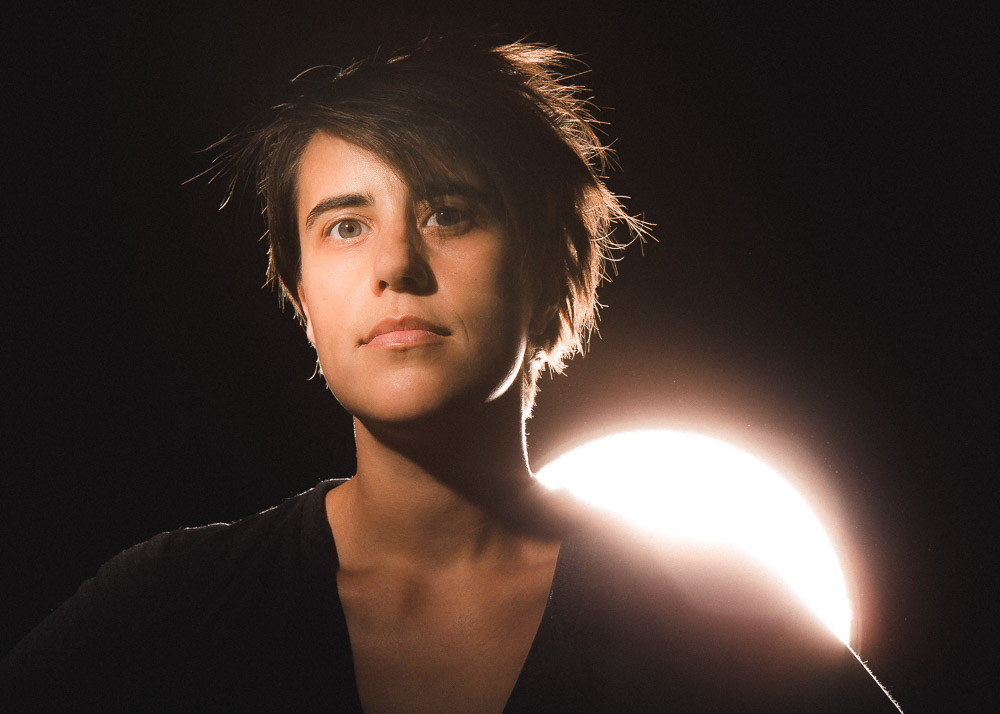 8
KRIS SWANBERG
With her third feature, “Unexpected,” the confident, intimate Chicago-set study of a high school teacher (Cobie Smulders) and her student who learn they both have unplanned pregnancies at the same time, Kris Swanberg’s profile as film director went from local appreciation to a national stage. Currently, Swanberg is writing a screenplay for Working Title Films, with Julia Roberts set to star and executive produce. This winter, she’s teaching a film course at Northwestern, and intends to direct her next feature in spring 2017. “My earlier films were always a little quieter, slower—or as I like to say, ‘intentionally paced,’” she says, laughing. “They required a lot from the viewer. I like those films, and that type of film is still my favorite to watch. But my more recent films are a little more accessible. I’m looking to reach a wider audience and I’m more concerned with making my message clear, instead of something you have to search for.” For influences, she cites the early work of her indie contemporaries, such as David Lowery (“Ain’t Them Bodies Saints,” “Pete’s Dragon”), Aaron Katz (“Quiet City,” “Land Ho!”) and Frank V. Ross (“Audrey The Trainwreck”). “My favorite film of all time is ‘Little Fugitive,’ by Morris Engel, and I love the relationship and character studies in the work of Nicole Holofcener (‘Enough Said’).” And Chicago? “Chicago…Chicago is the best. Joe [Swanberg] and I and the kids moved to Los Angeles for four months this spring and although I loved my time there, it cemented my already strong opinion that Chicago is where I want to live and make work.” Twitter. 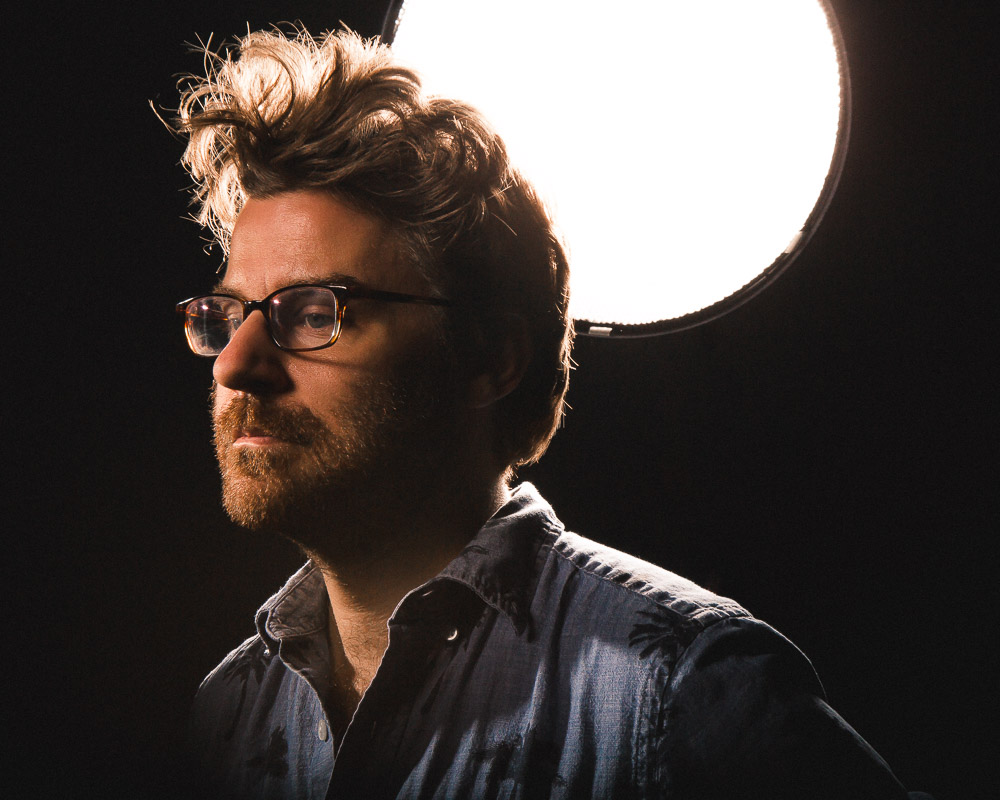 9
STEPHEN CONE
Among the range of film community members who recommend writer-director Stephen Cone’s sly, observant work, including “The Wise Kids” and “Henry Gamble’s Birthday Party,” the most emphatic observer says simply, “Stephen Cone IS Chicago filmmaking.” The Kentucky-born Cone is in post-production with his sixth feature, “Princess Cyd.” What does this brace of work share? “It’s all something to do with the spirit and the body. Cross-generational coming-of-age stories also seem to be the order of the work.” Cone continues. “All of the films have happened quickly; ‘Princess Cyd’ quicker than most.” After relocating the story to Chicago, Cone says he feels “empowered” by the city. “I feel like these small-ish quick things can happen and that there is support here for them. I am learning that the same lightning-fast turnaround is tougher to apply to larger projects, hence my pushing projects for the first time ever. I hope to find a balance. But yes, there are families here ready to gather and fuel.” Cone continues, “I had wondered if ‘Henry Gamble’s Birthday Party’ might be my last micro-budget film put together piecemeal by myself,” Cone continues, “but after pushing two larger Carolina-set projects into the future, I took another Southern-set idea and transplanted it here. As a result, I believe I’ve just shot my first genuine love letter to Chicago. It was put together very, very quickly. Thematically, it rests in similar spirit/body territory, but it’s about free thinking, progressive, liberal urban Americans, as opposed to my oft-treaded suburban evangelicals. One of the main characters, however, is a Christian. A liberal one.” The other two films, “The Blue Valley 3” and “Nudes,” he says, are set in North and South Carolina, respectively. “I hope they will happen soon. Incidentally, all three are about women. Thank god.” Cone, who also teaches acting at Northwestern University, says of the city: “Chicago is, as ever, promising, and filled with potential. People, including myself, have for quite a while been suggesting it’s on the verge of being an independent filmmaking hub. It remains there.” Twitter. Bio.

10
STEVE CONRAD
Writer-director Steve Conrad told me earlier this year, “I had a friend say about Chicago, ‘You don’t date Chicago, you marry it.’ It’s a serious relationship. So it’s worth writing about.” Conrad, whose screenplays include “The Pursuit of Happyness” and “The Secret Life Of Walter Mitty” had just finished shooting season one of his eight-episode Chicago-set series, “Patriot.” “Patriot” has been described both as a political thriller about the complicated life of an intelligence officer whose assignments include preventing Iran from going nuclear and, via IMDB, “A dad, who works for the U.S. State Department, tries to keep the peace with his two sons, one who’s a senator and the other a folk-singing Iraq war vet.” We’ll find out which one it is when Amazon releases the series in February. Conrad is also moving on a stop-motion animated show to begin once “Patriot” wraps, with his Chicago partners Tom Glynn and Jeff Dieter. “’Patriot’ is a demanding show in so far as its landscapes are uncommon. Chicago is an uncommon city. It’s a good fit,” Conrad said before production began. “The crews I’ve been able to work with here also love film. It’s a hard job; it helps to like it, and I’ve found that our best crews here do. It makes a difference. It’s also a very easy city to bring actors to, an easy one to get them excited about living in for six months, especially in summer. Amazon has encouraged us to be ambitious and has given us the resources to take a shot at that. That’s unique.”