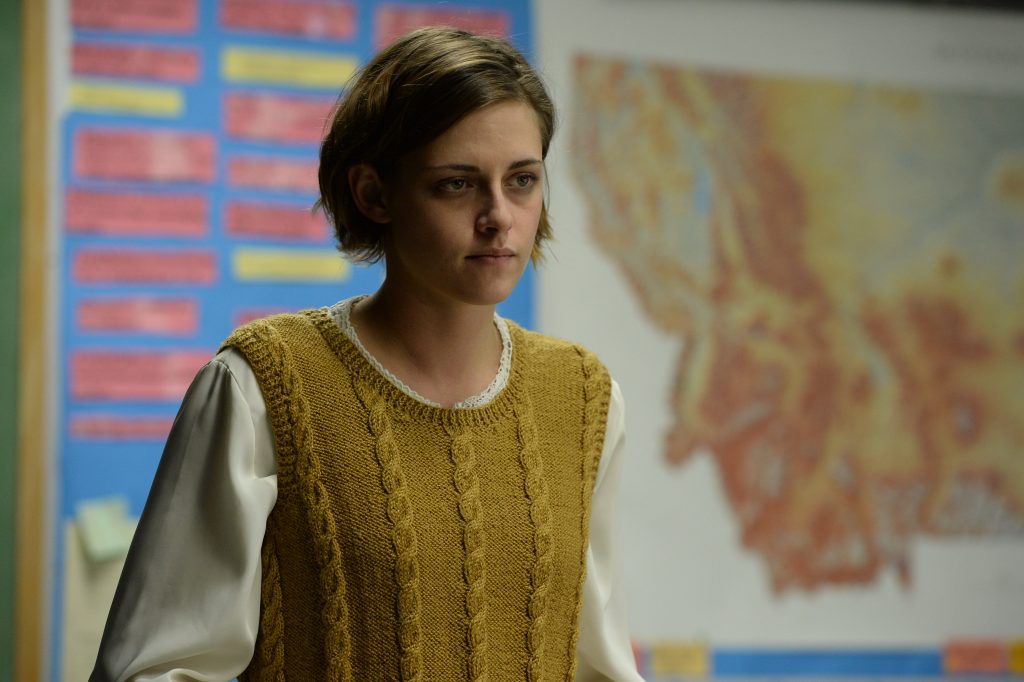 Kelly Reichardt’s sixth feature is a movie to be lived in just as it has been dwelt upon. Perhaps the best film yet from the director of understated pictures like “Wendy and Lucy,” “Meek’s Cutoff” and “Old Joy,” “Certain Women” lingers over the superficially mundane lives of three independent women (played by Michelle Williams, Kristen Stewart and Laura Dern) making their own way in the American Northwest. Drawing on short stories by Maile Meloy, “Certain Women” situates Reichardt’s characters in landlocked southern Montana, Livingston, Pop. 7,000, to be precise. (The stories are “Native Sandstone” and “Tome,” from Meloy’s 2003 debut “Half in Love,” and from 2009’s “Both Ways is the Only Way I Want It,” “Travis, B.”) Reichardt’s images, shot for the third time by Christopher Blauvelt, are painterly: precise and austere yet glowing. Light dances just sitting in place. The shape of “Certain Women” isn’t so much an omnibus of three straightforward portraits, but a weave of moments in a defined location that overlap here and there. There are details as light as a feather, as quiet as quietest realization. Yes, there is quiet, but there is calm within moments of stress and strain and trying just to keep it together through the day in a rural world where you still have to deal with other people. There is beauty. Love ventured, love misplaced. And the manic bursts in several passages are masterpieces of tonal control. It all flows like cool, clear water. With a hilariously shambolic Jared Harris, a flinty Rene Auberjonois, James Le Gros. A Sundance 2016 premiere. 108m. (Ray Pride)