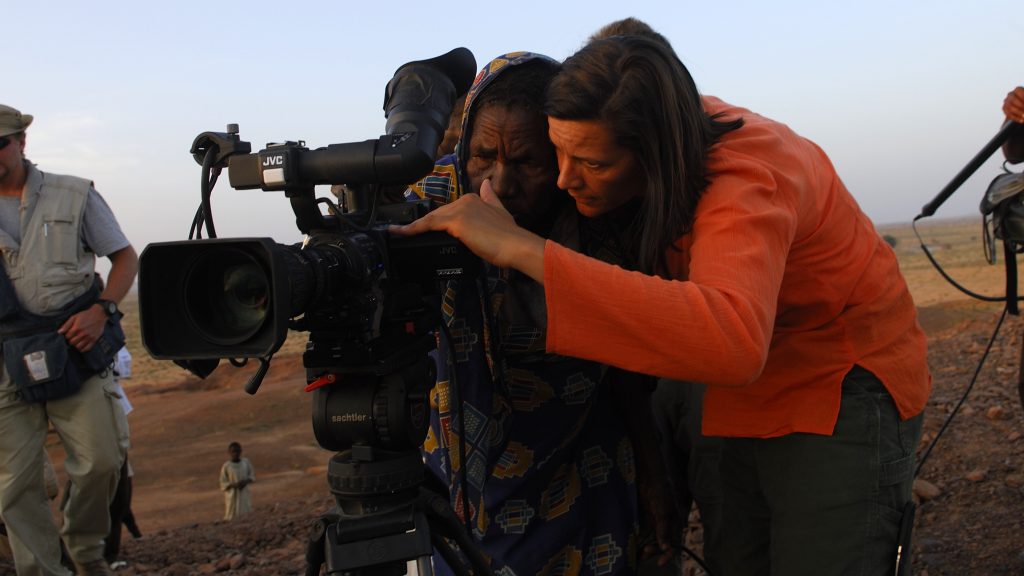 Is it truly rude to point? Is it truly wrong to point a camera? Kirsten Johnson’s singularly lived-in and reflected-upon essay film draws upon her twenty-five-year career as one of the major forces in American documentary. From shot to shot, “Cameraperson” is one of the most engrossing and inventive movies of the year, if not one of the year’s greatest. It is an essential consideration of the cinematic gaze, and the force of memory and witness. It’s a treatise on how to observe, but also how to keep ethics at the forefront. “My work requires trust, intimacy and total attention,” Johnson has written of her unique film. “It often feels like a friendship or family—both to myself and the people I film—but it is something different.” Johnson pulled raw material from more than thirty films for this new meditation, among them are New York City in “Derrida”; an unspecified location for Laura Poitras’ “Citizenfour”; Washington D.C. from Michael Moore’s “Fahrenheit 9/11”; Liberia from Gini Reticker’s “Pray the Devil Back to Hell” and other sites, including Rwanda, Austin, Texas, Colombia, Myanmar, Nigeria, and postwar Bosnia and Herzegovina. Then there’s the autobiographical component: Johnson’s greater life is part of the picture, including dealings with her mother, who has Alzheimer’s. “Cameraperson” is digressive, searching, pointing and  illuminating. It’s like no other film you’ve ever seen. It illustrates that the creative process matters, but the greatest power lies in learning how to live. A Sundance 2016 premiere. 102m. (Ray Pride)