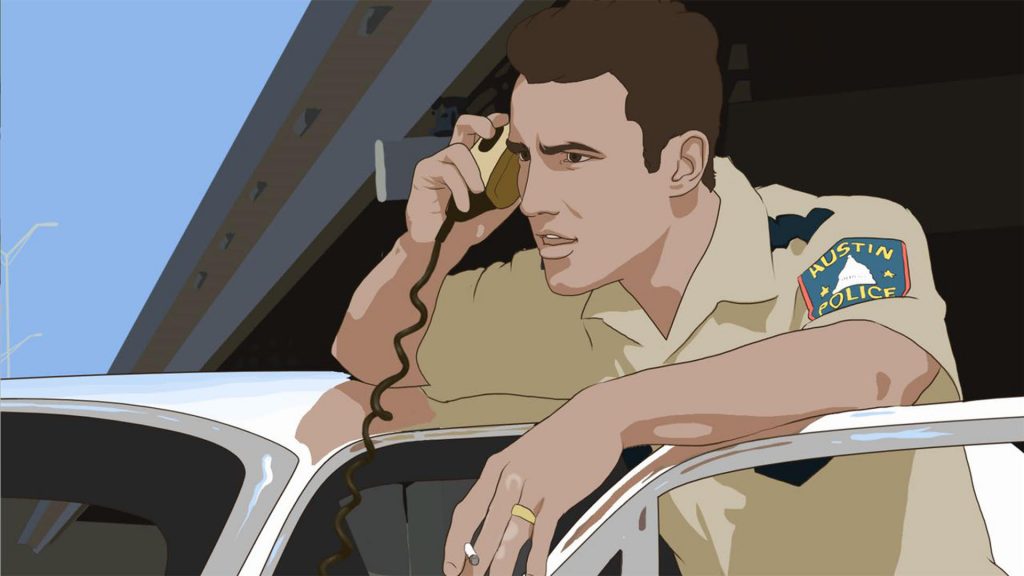 Keith Maitland’s intricately conceived and executed “Tower,” a hybrid, mixed-media documentary, takes advantage of the versatility and cost-effectiveness of animation to reflect on American’s first mass shooting at a school, from the University of Texas Tower on August 1, 1966, when thirteen were murdered and thirty wounded in ninety-six minutes. As with other experiments in the form, like Ari Folman’s “Waltz with Bashir,” rotoscoped animation has the effect of bringing us both closer and removing us from the events, which are also shown in archival footage. (Richard Linklater’s Austin-made “Waking Life” is another important reference.) The mingling of real and unreal, depicting the events via first-person testimonies is dreamy, and it’s a nightmare.

It’s also emotionally shattering, a feat of imagination, but also a feat of empathy. Animation allows the witnesses to be the age onscreen they were fifty years ago, innocent, hopeful, not yet under attack. Elemental yet expressionistic, “Tower” is an admirable attainment, a broadside from the solar plexus, and the powerhouse ending, partially narrated by Walter Cronkite commenting in the day, is magnificent. So much tenderness! So much humanity. Those ten minutes so heartfelt, affirmative, I can’t imagine anyone not crying. 82m. (Ray Pride)