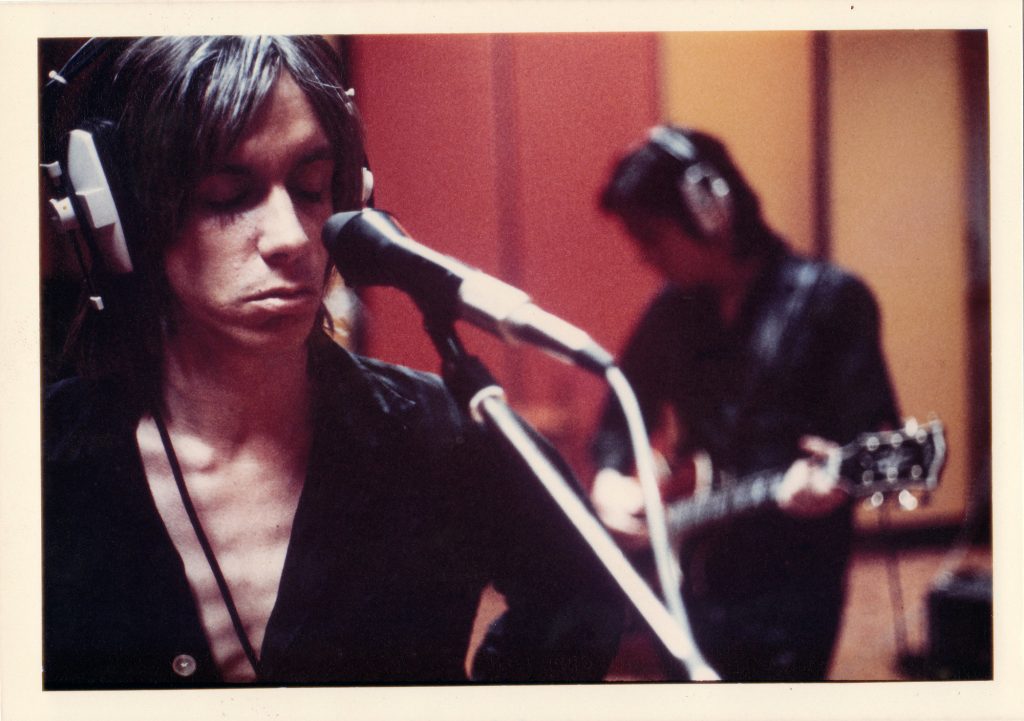 “In an undisclosed location…We are interrogating Jim Osterberg about the Stooges, the greatest rock ‘n’ roll band ever,” Jim Jarmusch opens “Gimme Danger,” his intimate chronicle of their music and times. “But in 1973? They were dirt,” Jarmusch is quick to illuminate. Ground is not broken, but joy is had as Mr. Osterberg and his cohort make all the right moves across a life of downs and so many ups, exemplified by antique concert footage where the agreeable if straitlaced announcer exults, “There goes Iggy right into the crowd! He’s down in the crowd, I don’t know where he is, but we’ll find him.” And American culture has found Osterberg, in so many ways, glimpsed in concerts, never-shown photos and footage, latter-day interviews and glorious noise from the pride of Muskegon, Michigan, a man as close to embodying (and perpetrating) the life force ever to tumble off a concert stage. Jarmusch writes of his reasons for making “Gimme Danger,” “no other band in rock ’n’roll history has rivaled The Stooges’ combination of heavy primal throb, spiked psychedelia, blues-a-billy grind, complete with succinct angst-ridden lyrics and a snarling, preening leopard of a front man who somehow embodies Nijinsky, Bruce Lee, Harpo Marx and Arthur Rimbaud. There is no precedent for The Stooges, while those inspired by them are now legion.” Osterberg tells his friend Jarmusch, “I don’t wanna belong to the glam people. I don’t wanna belong to the hip-hop people, I don’t wanna belong to any of it, I don’t wanna belong to the TV people, alternative people, none of it, I don’t wanna be a punk, I just wanna be.” 108m. (Ray Pride)