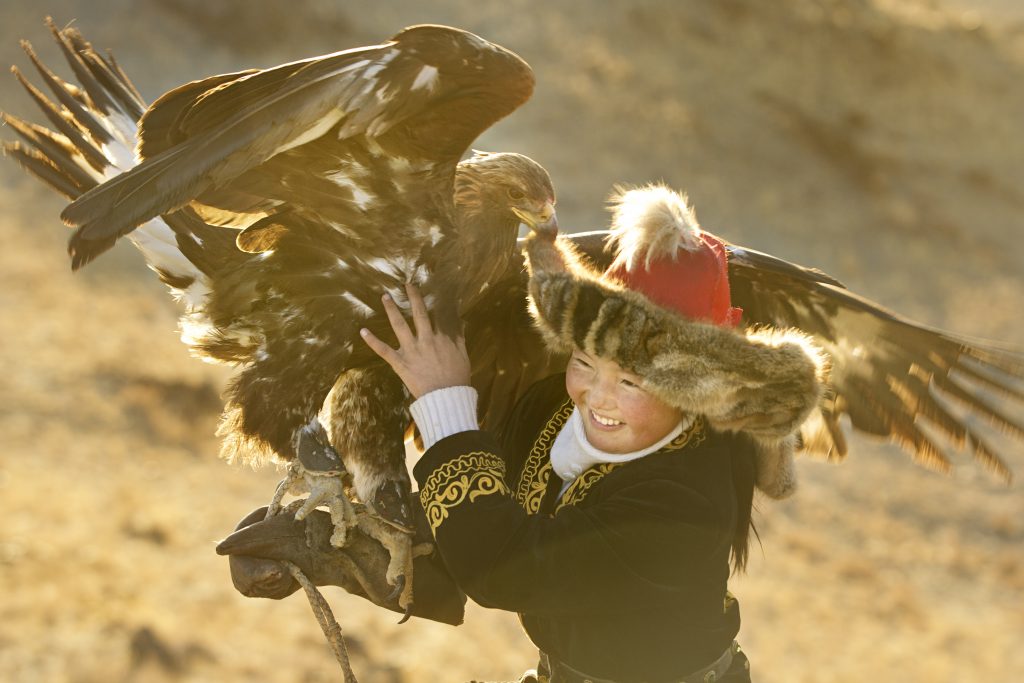 Debut director Otto Bell’s “The Eagle Huntress,” released with a presentation imprimatur and voice-over by “The Force Awakens”’ Daisy Ridley, portrays the life of Aisholpan, a thirteen-year-old girl, a Mongolian nomad in the Altai Mountains of eastern Kazakhstan, who yearns for a career that for all history belonged to men. Her father, Nurgaiv, comes from a long line of eagle hunters, and the father-daughter dynamic is ever-present. Some scenes come across as designed rather than captured. But the spectacular scenery and feats of flight, the true stars of the film, push that unease aside. Cinematographer Simon Niblett captures vital beauty with exceptional vigor, not limited to a rash of scenes captured through drone technology. 87m. (Ray Pride)

“The Eagle Huntress” opens Friday, November 11 at Landmark Century and other screens.