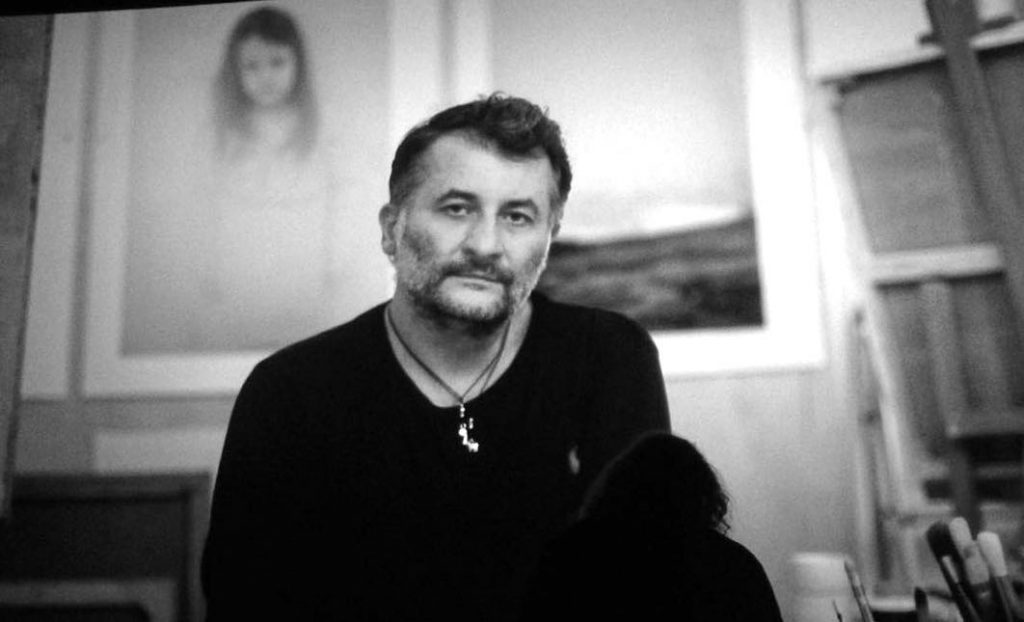 The genre of thank-you notes made by filmmakers who aren’t able to attend awards ceremonies is largely undercooked and under-appreciated, and for good reason. The Skyped or FaceTimed artifacts are mostly tossed-off, euphoric bursts of gratitude, shot at the luggage carousel of LAX or from a cottage in overcast Iceland or somewhere on a street in France or Norway or Japan where passersby, well, pass by. At October’s Chicago International Film Festival, the international film competition jury led by Geraldine Chaplin awarded Romanian writer-director-actor-painter Cristi Puiu the Gold Hugo for his movie, “Sieranevada,” as well as a Silver Hugo for best director. He shot these one-take wonders and uploaded them overnight from Bucharest. With these modest thank-yous, the forty-nine-year-old has composed two captivating, funny, even moving short films. And without missing a beat, this duo, shown below in the order they ran at the awards ceremony, are also emblematic of the sophisticated use of time and space and performance in his features like “The Death Of Mr. Lazarescu.” Dimitris Kerkinos, the Balkan Survey programmer of the Thessaloniki International Film Festival, writes that Puiu’s portrait of the Romanian middle class is “riveting, despite its unfolding in a cramped apartment and almost in real time, thanks to its ‘choreographed’ filming and its witty dialogue.” That skill is duplicated in these two shorts, with autobiographical confession filled with self-questioning and some small hope. (Ray Pride)