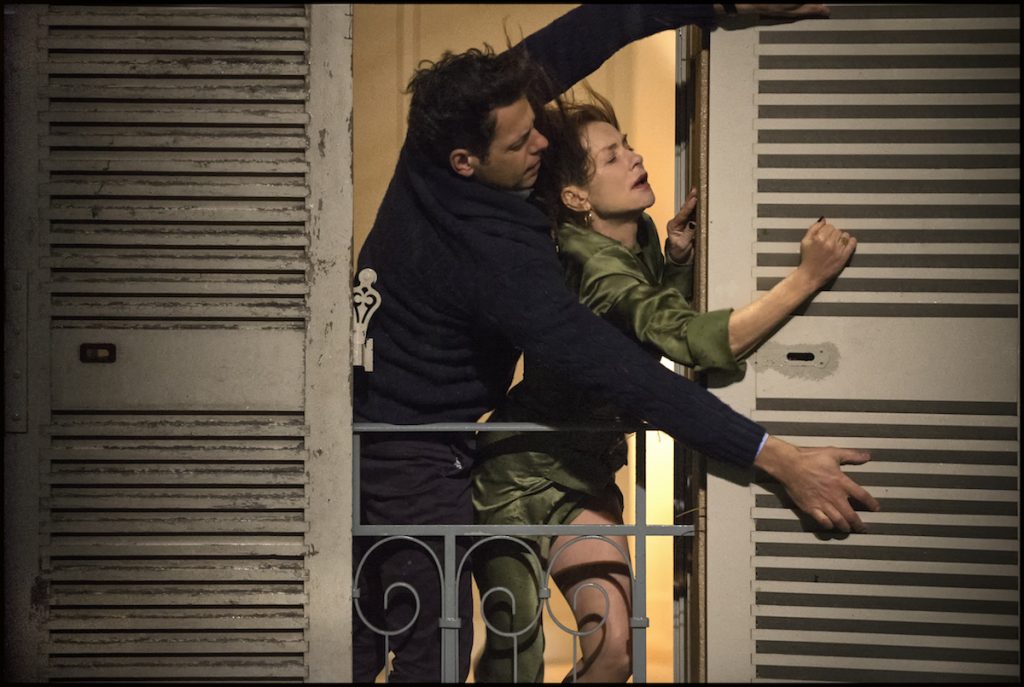 “Elle” is readily the most sophisticated feat of storytelling I’ve seen yet this year, fleet and supple, precise and ironic. It’s an assured, savage comedy and it is shocking and thrilling and oh so funny. The powers that be denied us Paul Verhoeven’s Hitler movie and then denied us his Jesus movie (the research for which became a book). For the sins of those fathers, Verhoeven and Isabelle Huppert—especially, particularly Huppert, at the height of her monstrous power to delight—gives us the tremendously accomplished psychological thriller that is “Elle.” Huppert plays Michèle, head of a video game company bringing another violent game to market, and she’s as direct in matters emotional as business. There are no questions about her sexual agency. Verhoeven opens with a crucial scene, when Michèle is attacked by a stranger in her own home. How does Michèle react? She engages in ways small, then large, then searches for her assailant. And we learn more about Michèle… and then more. Michèle is multitudes. Michèle is fascinated by the play of power, of reversals, of upstagings, of further reversals. Adapted by David Birke (“Freeway Killer”) from the French novel “OH…” by Philippe Djian, “Elle” is discernibly the work of no other director than Verhoeven, with the relentless bite and dramatic ironies and stabs of social satire seen in movies like “RoboCop” and “Starship Troopers,” but also his masterful Dutch work like “The Fourth Man.”

Verhoeven had wanted to make “Elle” an American film, “but it was tricky, artistically as well as financially,” he says in the press kit. “We realized that no American actress would ever take on such an amoral movie. Even for actresses I know really well, it was impossible to say yes to this part, whereas Isabelle Huppert, whom I had met at the outset, was very keen to do the movie. Around six months in, [producer Saïd ben] Saïd said to me, ‘Why are we fighting to make the movie in the U.S.? It’s a French novel, Isabelle Huppert is keen to do it—we’re stupid!’ And he was right. I realize now that I could never have made this movie in the US, with this level of authenticity.” The reversals of “Elle,” the revelations of character, the implications of behavior, and yes, the level of behavioral authenticity, surprise again and again. 130m. (Ray Pride)