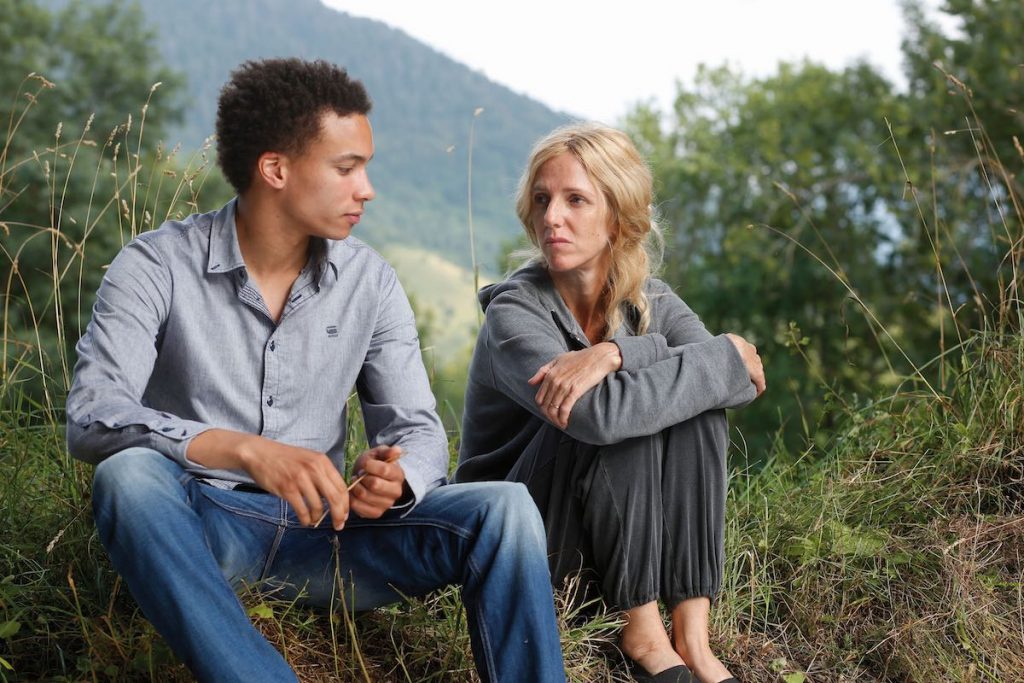 The script for “Being Seventeen” (Quand on a 17 ans) is a collaboration between often-great seventy-three-year-old filmmaker André Téchiné and a younger director, the acclaimed thirty-eight-year-old Céline Sciamma (“Tomboy,” “Girlhood”). Both have mined a rich vein of stories about adolescence, and the senior filmmaker’s desire to work with a younger writer-director was an inspired choice. Téchiné’s 1994 “Wild Reeds” is one of the great portraits of teen sexual awakening, and the mysterious of all manner of sexuality have bedeviled the characters of most of his movies. “Being Seventeen,” set against a mutely ravishing backdrop of the Hautes-Pyrénées, observes a year in the life of two unhappy teenagers across a single, ultimately tumultuous school year. There’s a screwball complication that draws out the class differences between the boys, but their hate-love bonding comes from beating each other up, a two-boy fight club. It takes a while, but physicality leads to physicality. The brute mix of emotion and sensation suits the confusion of their age. Téchiné is unsentimental toward his characters, but also watchful, alarmed, tender. With Sandrine Kiberlain, Kacey Mottet Klein, Corentin Fila, Alexis Loret. 114m. (Ray Pride)