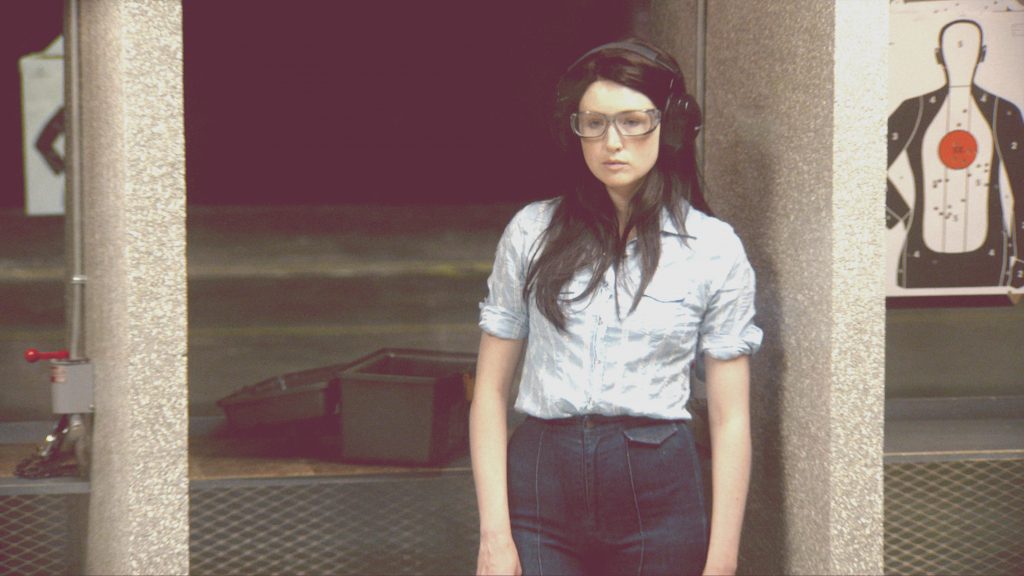 Robert Greene’s newest narrative shape-shifter, the provocative, confrontational “Kate Plays Christine,” was produced at the same time as Antonio Campos’ biographical “Christine,” but takes a wholly different tack on the story of Christine Chubbuck, the Sarasota, Florida television newswoman who shot herself on the air in 1974. Greene’s Christine is actress Kate Lyn Sheil, researching and preparing to play the suicide in a fiction film that does not exist. It’s giddy and gritty and Gordian, how Sheil and Greene play with ideas of representation, of identity, of empathy. (Sheil reflects on her own modest career as a stalwart of low-budget independent films, “If a performance of mine is called ‘subtle’ one more time, I might lose my mind.”) Greene’s previous film, “Actress,” a kind of constructed documentary, played with many audience expectations about what is true and what is false when we are presented with avowed “reality.” But “KPC” goes farther, in a formal fashion that surpasses even Greene’s thoughtful ruminations as a columnist for Sight & Sound magazine. “KPC” is thought in action, ideas in motion and also the portrayal of a slippery, frightening slide down a rabbit hole of hurt for Sheil. The story is what is true and what is false, and it’s all true and it’s all false. Christine is haunted. Kate is haunted. Ghosts. Ghosts everywhere. Winner of the U.S. Documentary Special Jury Award for Writing at Sundance 2016. 112m. (Ray Pride)