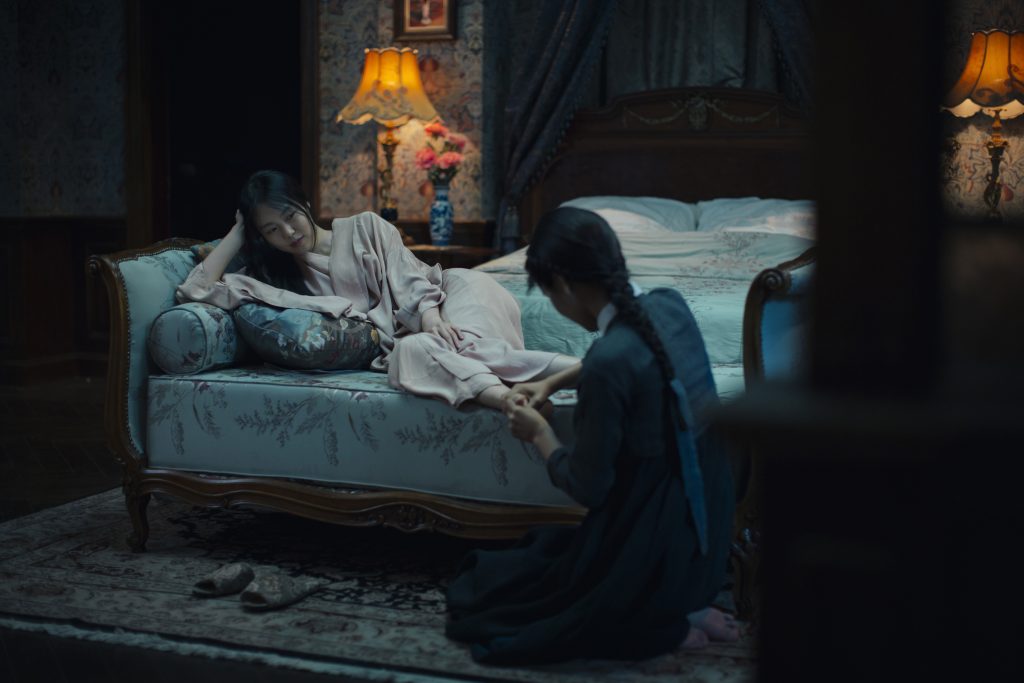 South Korea’s master of well-wrought if perverse mayhem Park Chan-wook returns home after the English-language misfire, “Stoker” (2013) and comes back with one of the year’s randiest, most radiantly baroque art films. Proudly loony, as well as operatically emotional and ravishingly overstuffed, Park’s erotic thriller “The Handmaiden” (Ah-ga-ssi), adapted from Welsh author Sarah Waters’ lesbian romance “Fingersmith,” tells the same story from three different perspectives. Relocated from Victorian England to Korea in the 1930s when that country was under Japanese occupation, “The Handmaiden” tracks an orphaned Japanese heiress who lives in seclusion and the Korean woman who tends to her, but who is also in cahoots with a seducer-conman to secure her fortune. The triangle that ensues is voraciously sexual, unabashedly fetishistic. And the crosses, and the double-crosses, and the twists-within-twists are almost as carnal in their voluptuousness. With Kim Tae-ri, Ha Jung-woo, Kim Min-hee. 144m. (Ray Pride)