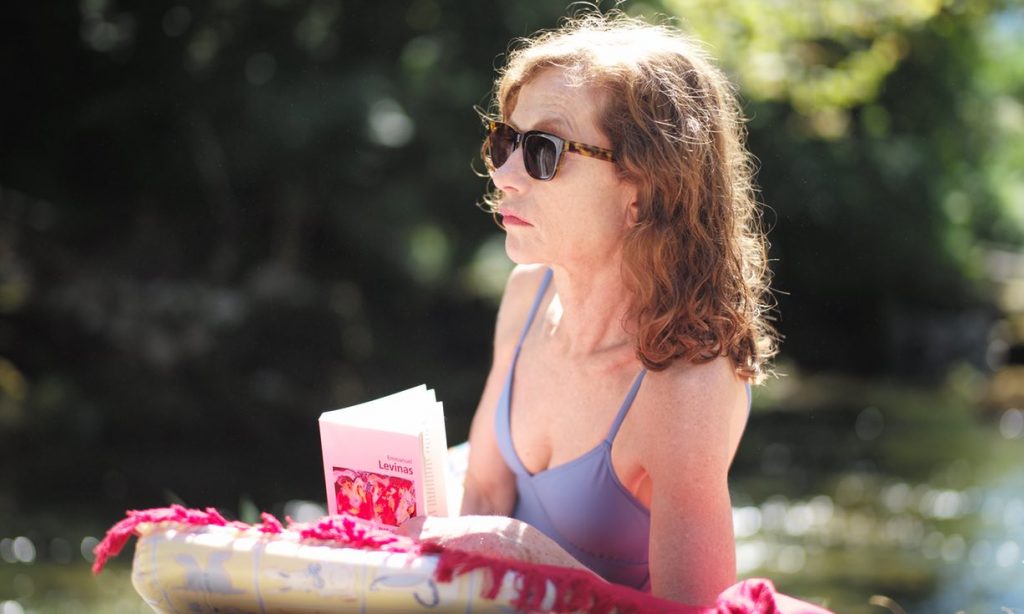 How many die of heartbreak? How many fail at liberation? In her tender fifth film, “Things To Come” (L’avenir) thirty-five-year-old writer-director Mia Hansen-Løve leans upon the greatest special effect of French cinema—Isabelle Huppert—to muse upon loss and personal reinvention in middle age. It comes at Huppert’s bristlingly bright Nathalie all at once. Betrayal; divorce; disillusionment as a philosophy professor; a fading mother. Yes, so very French, but like in Hansen-Løve’s superb earlier filmography—“Father of My Children” (2009), “Goodbye First Love” (2011) and “Eden” (2014)— so very lucid. Huppert’s gifts include a superhuman ability to indicate fleeting cognition, the grace of expressions as brief as a breeze. “I’m lucky to be fulfilled intellectually, that’s reason enough to be happy,” Nathalie says, and Huppert’s face in that second betrays her rationalization of a life suddenly alone. It’s performance, habitation, wholly apart from acting. Hansen-Løve watches for those instants, brief as thoughts, in all her pictures. These two are a match made in cinema. A further fascination is how Hansen-Løve and Huppert alternate Nathalie’s moods: she’s hardly a crumpled flower, quickly vexed and protective of her dignity. Sunlight illuminates nearly every frame: Nathalie hides in no shadow. Despite its manifold crises, “Things To Come” floods with hope. There is a future. With André Marcon, Roman Kolinka and the magisterial Edith Scob as her mother. 102m. (Ray Pride)

“Things To Come” will opens January 20 at the Music Box.