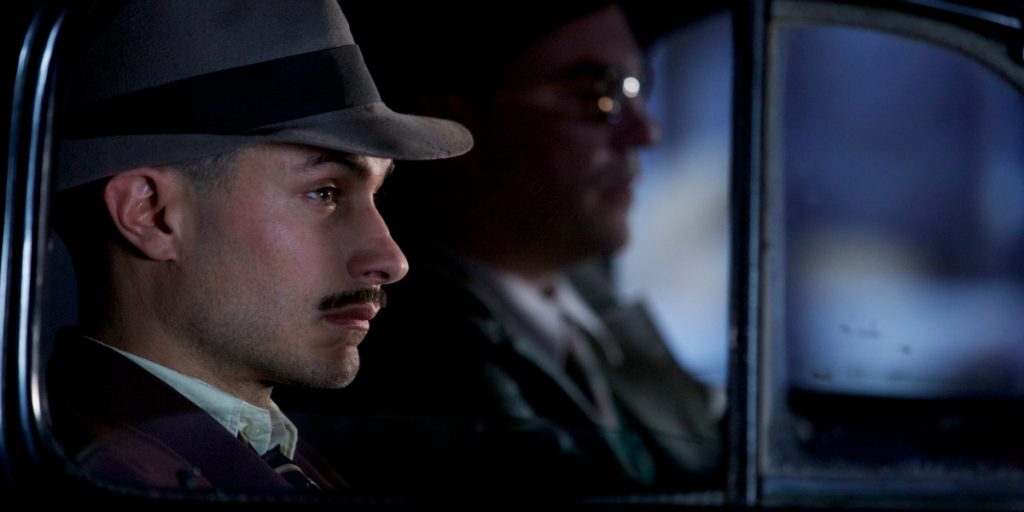 Of Pablo Larraín’s two superb, inventive film biographies opening in December, “Neruda” is the more kaleidoscopic, with “Jackie” playing more with inward sensations than outward expressionism. Still, both films capture their characters at the height of crisis. (Jacqueline Kennedy in the weeks and moments after the assassination of her husband; the Communist poet is on the run from agents of the government.) Set a few years after the end of World War II, Neruda (Luis Gnecco, vain, proud) is pursued by a resolute inspector (Gael García Bernal, a fully noir crypto-character) and forced to leave behind a profligate lifestyle and go into hiding. Successive scenes are increasingly fanciful, leaving behind the bones of biography to suggest something beyond the self: the persona created by the words of a popular artist like Neruda, beyond his impulses and recurring indulgences. The frisky, more distancing components of “Neruda” entice even as they shouldn’t, as the playful and the deadly serious alternate. (The inspector becomes a “character” in his own right, hijacking the narrative, thundering down a distinctly South American literary rabbit hole.) Larraín’s play with time and performance is largely hypnotic, down to an exemplary ending within mythic landscape. 107m. (Ray Pride)