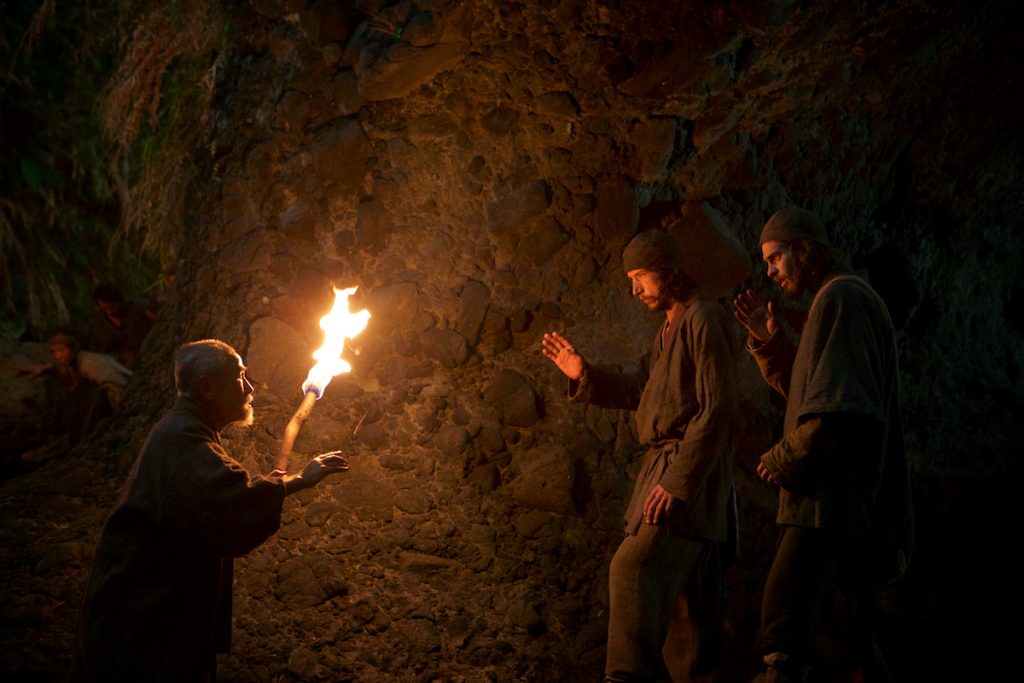 “Surely he heard their prayers but did he hear their screams?” one priest petitions another in “Silence,” of God’s silence. While the story is about the zealotry and arrogance of two young Portuguese priests, Rodrigues and Garrpe (Andrew Garfield, Adam Driver), who hope to find a decades-missing mentor (Liam Neeson) as well as bring the world of Christ to Japan in 1639, a random line from Shusaku Endo’s original novel pointedly sums up their egotistic, human failing: “Sin is for one man to walk brutally over the life of another and to be quite oblivious of the wounds he has left behind.” Amid lengthy, often arid passages, there are piercing moments. And the labor of love culminates in an image as vital as a heartbeat, a harsh diamond revealed. Like the last scene of “The Wolf of Wall Street,” presto-change-o, all is revealed, the modest yet worlds-wide heart of the film. Martin Scorsese’s extended experience with making the movie also contributes to its diamond-like compression, excluding viewers who cannot take its characters’ devotion, their faith, on faith alone. But if it took Martin Scorsese twenty-seven years to figure out how to make “Silence” (co-written with “Gangs of New York”‘s Jay Cocks), it can take me more than a month to figure out how to write about it. (Maybe a few more months.) Some Scorsese movies take a while to digest: “Casino” appalled me when it came out, but twenty years later, it looks like one of his most adroitly composed and paced pictures. Whether knowing interviews with Scorsese, or the reactions of others, “Silence” has prompted compelling writing, down to the simple reaction that devout director of “Doctor Strange” Scott Derrickson tweeted: “Scorsese’s ‘Silence’ is visceral and spiritually perplexing high art cinema.” The few visual flourishes startle: most of the style is stripped, simplified, distilled in the contents of frames, in the duration of shots. Issei Ogata offers the most mesmerizing performance, as the Inquisitor, a taunting figure of sinister comedic ornament who challenges Rodrigues across years of imprisonment. Scorsese told Nick Pinkerton for Film Comment one reason the material matters to him: “I guess that’s why the material has always been so important to me. Maybe it’s for my own use of going deeper in the story of the concept of true Christianity. Because when Rodrigues makes the decision to apostatize, he denies the truth in order to attain, ultimately, the real truth of Christianity. So that’s what he finds, and that’s quite beautiful.” (In an even more worldly form of faith, seventeen producers and executive producers are credited, along with ten production entities; along the way, Scorsese says, several were “incarcerated.”) With Ciarán Hinds. 159m. (Ray Pride)